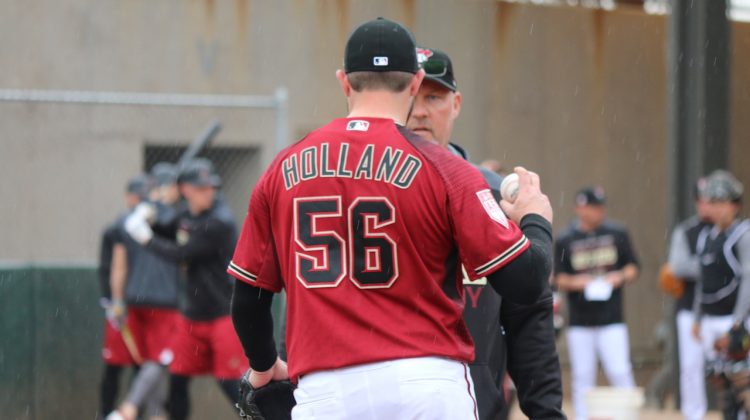 The Diamondbacks’ spring training closer battle is becoming a trend since Mike Hazen and Torey Lovullo came to the desert.

Last year, it was a contested battle in spring training between established closer Brad Boxberger, Archie Bradley, who was coming off a fantastic debut season in the pen in 2017 and MLB newcomer Yoshi Hirano.

The previous year pointed to Fernando Rodney being the go-to guy in the bullpen with Bradley getting acclimated to his new role. Throughout the year, fans called for Bradley to become the closer multiple times, but Rodney remained the ninth inning guy throughout their run to the National League Division Series.

This year, it was some similar players and a somewhat similiar result.

Established closer Greg Holland was the new addition to the roster entering the 2019 season with Bradley and Hirano vying for the role as well.

The three-time All-Star was tied for the National League lead in saves in 2017 with Colorado, where he closed out 41 games. In 2018, he struggled in his first year with St. Louis, posting a 7.92 ERA in 32 games. He was designated for assignment and picked up by the Washington Nationals, where he salvaged his 2018 as a middle reliever posting a 0.84 ERA with his new team.

Bradley and Hirano will serve as the team’s set-up men. Bradley was one of the best relievers in baseball in 2017, giving up just 14 earned runs all year in 73 innings. He took a step back in 2018, posting 3.64 ERA in 71.2 innings. The struggles could be attributed to fingernail issues he had during the season that he said affected his curveball.

In Hirano’s debut season in Major League Baseball, he threw 66.1 innings and struck out 59 batters with a 2.44 ERA.

The Diamondbacks open the 2019 season in Los Angeles against the Dodgers on March 28th.