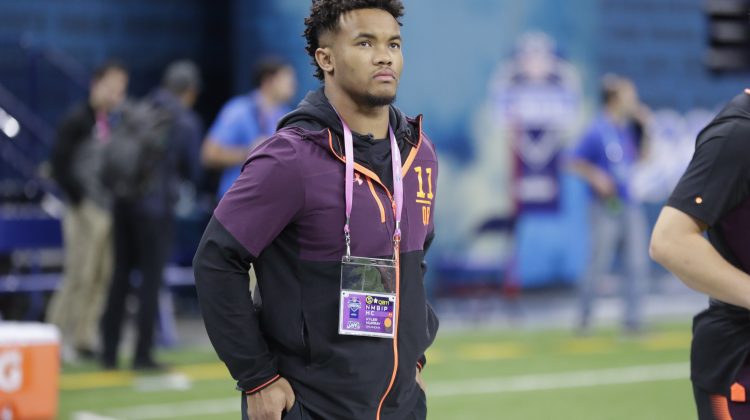 While the Coyotes are the best story in Valley sports right now, the Cardinals have the most on the line. The Coyotes have already flipped the narrative that they can’t figure out how to win with any consistency. Their current six game winning streak is the longest since 2012. Today, they are on the inside of the playoff bracket in the Western Conference.

Heady stuff for a franchise that on several occasions looked like they were ready to pack the moving trucks.
On the other hand, the Cardinals have a gigantic move to make with the top pick in the NFL Draft. Make the wrong choice, and the franchise could be set back for more than just their current three year postseason drought.

Falling in love with Kyler Murray simply because he measured close to Russel Wilson and Sam Bradford is the wrong way to go about getting out of the black hole that the franchise currently is stuck in.

The very public game of lying, deception, and poker face has been part of the Draft for years and years. Drum up interest in the pick, see what you can do to get an offer or two, and then make the best choice. So far, the Cardinals have done everything the right way in that regard. Steve Keim’s rehearsed response to Josh Rosen being the teams quarterback “For now, he is”, brought a chuckle out of me. That was a good one.

Keim’s has spent a first round draft pick on the following players since being named GM in 2013. Rosen, Hassan Reddick, Robert NKemdiche, D.J.Humphries, Deone Bucannon, and Jonathen Cooper. Does his track record of first round selections suggest that he’s had more hits than misses? Um, no. He’s never had a number one overall pick. Who does he lean on for feedback on what to do with the top pick? The great one’s aren’t afraid to seek counsel.

Is the owner going to be involved(yes). Do I have a problem with that(no, within reason). Michael Bidwill hasn’t delivered a playoff team in awhile. The scoreboard doesn’t lie(18-29 record in that span). He can’t screw this up.

How much say will Kliff Kingsbury REALLY have on this pick? All three men have to publically say are on the same page. Are they in agreement? I would hope in early March the answer would be “no”. Lot of ground left to cover. Not every stone has been turned over. A deal for multiple picks is still the best way for this franchise to go. Kyler Murray isn’t going to block, tackle, intercept, or catch. Rosen wasn’t given a fair chance to succeed in 2018. Trading down to accumulate more high end players can help solidify a base for longterm success. Lot’s of directions to go before we get to draft night on April 25th.