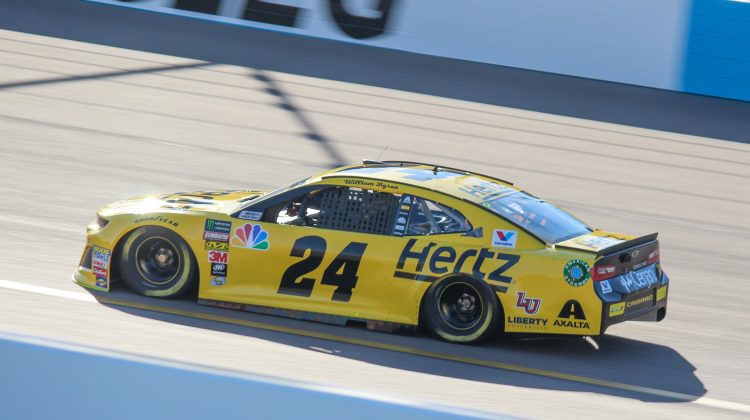 The ‘Great American Race’ kicks off NASCAR’s 2019 season on Sunday, February 17. Here’s just some of what to look forward to in the 61st edition of the Daytona 500.

Two former NASCAR champions will pilot new cars in 2019. The 2017 champion, Marin Truex Jr., moved to the Joe Gibbs Racing No. 19 after his former team, Furniture Row Racing, closed their doors due to lack sponsorship funding. Truex made the ‘Championship Four’ last season finishing runner-up in the championship. JGR had a prior alliance with Furniture Row, so expect Truex to catch on quickly and once again compete for a championship.

The 2004 Cup champion, Kurt Busch, brings NASCAR’s title sponsor, Monster Energy, with him as he takes over the reins of the Chip Ganassi Racing No. 1. Busch racked up a win and five poles with Stewart Hass Racing in 2018 and finished seventh in points. Busch is now teammates with young hotshot, Kyle Larson, and adds veteran championship leadership to the two-car team.

The state of Arizona is represented by two drivers in the Daytona 500, Michael McDowell and Alex Bowman. McDowell has the most success at Daytona, finishing ninth last year and scored his only career top five at the track. This will be McDowell’s second year driving the Front Row Motorsports No. 34 and lines up 34th on Sunday.

Alex Bowman is entering his second full year with juggernaut, Hendrick Motorsports, driving the former car of NASCAR superstar, Dale Earnhardt Jr. Bowman qualified on the pole for the 500 last season and will start from the outside front row this year. Bowman finished 17th in 2018 and led 13 laps.

Seven-time champion, Jimmie Johnson, hasn’t made many friends early in the 2019 season. Johnson won the 2019 ‘Advance Auto Parts Clash’ last Sunday but not without controversy. Johnson made contact and spun out race leader, Paul Menard, before the race was called for rain. Then, in the Gander Outdoors Duels on Thursday, Johnson made contact with 2015 Cup Champion, Kyle Busch, which would ruin Busch’s night. While none of it seemed intentional, he certainly hasn’t done himself any favors going into the 500.

Hendrick Motorsports is the home of seven-time champion, Jimmie Johnson, young star, Chase Elliott, Arizona’s Alex Bowman, and 2019 Daytona 500 polesitter, 21-year-old William Byron. The team has lacked speed the past two years but found momentum after Elliott took three wins in the final half of 2018.

Hendrick swept the top four positions in qualifying showing off their single-car speed on a superspeedway. The team placed all four drivers in the top ten in qualifying last year as well, but only one driver found victory lane in the 2018 season.

Luck could be on Byron’s side in the No. 24 car. While very few drivers have ever won the Daytona 500 pole and race in the same year, Jeff Gordon did it in the No. 24 for Rick Hendrick 20 years ago.

One of the great parts of racing at a superspeedway? The playing field levels out. There are very few races in a season where all 40 drivers have a realistic chance to win. Restrictor plates are placed on engines to restrict power, which allows teams with less money in their engines to compete in a more level manner. While it’s a myth that anyone can win, it certainly gives more drivers a chance to finish in victory lane.

Does the racing itself not persuade you enough to watch? No worries! Country superstar, Jake Owen, will lead a pre-race concert, and Houston Texans player J.J. Watt will serve as the grand marshal while New England Patriot and Super Bowl MVP, Julian Edelman, will be throwing the green flag to get the engines roaring for the 61st running of the Daytona 500.