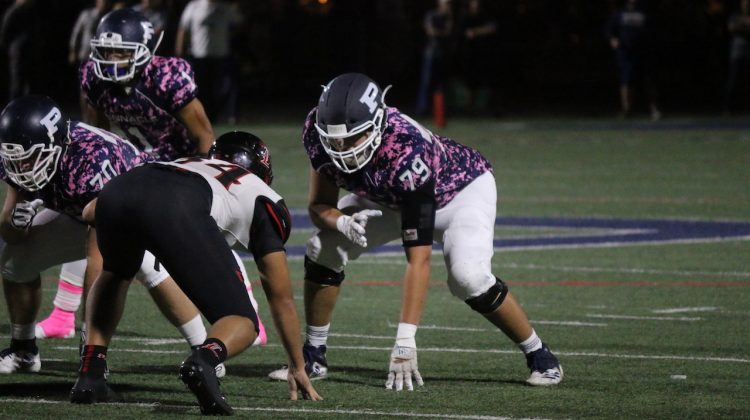 The 2019 class was a DEEP class that had plenty of playmakers. Spencer Rattler saw his recruitment explode since he was essentially a sophomore. Jake Smith burst onto the scene as a junior, and players like Kyle Patterson saw their recruitments pick up in their senior years.

Arizona State made their inroads with five commitments who have high ceilings and Arizona added two players in 2019 and already have a jump on the 2020 in-state class with Gilbert quarterback Will Plummer. NAU came on strong at the end of the recruiting cycle when the coaching staff solidified, and they will look to hit the ground running on future classes.

The 2020 class could be one of the best ever in the state, and Arizona’s recruiting profile continues to steadily grow. Here’s a quick snapshot of what that class looks like:

This year’s group also seems especially strong in the front seven defensively with Jason Harris, who has double digit offers in football and basketball. Damian Sellers is one of the many great linebackers who essentially lives in the backfield over at Saguaro. Chandler’s Tate Romney and Malik Reed have made life difficult for the rest of 6A for a few years now, and Brock Locnikar is a thumper for Notre Dame who has been getting a ton of attention from the Ivy League.

Wide receiver is strong yet again with Hamilton’s Brenden Rice and Chaparral’s Tommy Christakos, who is also a top kicker in the country. Matt Polk over at Saguaro is getting a ton of attention as well picking up offers from Oklahoma State and Tennessee in recent weeks. If we are looking at tight end or H-back, Higley’s Alex Lines and Saguaro’s Will Shaffer provide intriguing options who have already received Division I offers.

One pass-catcher that doesn’t have an offer yet but should receive plenty of attention is Pinnacle wide receiver Marcus Libman. The 2020 wide receiver is coming off a school record 1,354 yards and 15 receiving touchdowns. It already seems like he has a connection with Michigan commit JD Johnson, and the passing attack will continue at Pinnacle.

Speaking of Johnson, it’s another strong year of quarterbacks. 2019 was an insane group of talent with Spencer Rattler, Jacob Conover, Gunner Cruz, Spencer Brasch, Kedon Slovis and Keegan Freid. This year, Chaparral’s Jack Miller is headed to Ohio State to Johnson’s rival Michigan. Plummer recently committed to Arizona, and Ben Finley will follow in his brother Ryan’s footsteps at NC State. Quarterbacks typically like to get their commitments done early, and this class is no different, but there are still plenty of talented uncommitted quarterbacks in the state. Headling the group is Saguaro’s Tyler Beverett (more on him later) and Perry’s Chubba Purdy, who is coming off his first year as a starter where he threw for just under 3,500 yards, rushed for over 1,100 yards and found the end zone 59 times.

If you can’t tell from the constant mention of Saguaro in the previous sections, the Sabercats are receiving PLENTY of attention this class, even for their standards as one of the most recruited programs in the state. It seems like at every level there are guys being pursued by the best colleges in the nation.

I haven’t even mentioned the secondary yet which features Kelee Ringo, the top player in the state, and Jacobe Covington who has been picking up offers left and right. Kicker Parker Lewis has already committed to USC, and running back Israel Benjamin has offers from every program in the Ivy League.

Tyler Beverett is in year two as the starter. He missed a few games due to injury but didn’t throw an interception after September 1st and an Arizona team didn’t pick him off last season. He currently has an offer from Indiana, and that list is sure to grow quickly.

What may be most impressive about the 2019 & 2020 classes is where all these players are coming from. Yes, you have the usual suspects of Saguaro and Chandler, but schools like Millennium and Tolleson have caught the attention of Power Five programs. Same goes for Florence this class with defensive end Regen Terry, who has offers from Arizona State, Arizona and Boston College.

It’s not just the greater Phoenix area either. Tucson has never been more recruited with Cienega and Marana putting players in the Pac-12 in the last two classes.

And, of course, there is Salpointe Catholic, a program that has been consistently putting players to the next level for years, and this class is going to be special for the Lancers. Bijan Robinson is arguably the best running back in Arizona history and has offers from every major program. Safety Lathan Ransom boasts a very similar list, and teams like LSU have made sure to get on the ballhawk’s radar. Offensive lineman Bruno Fina is another up-and-coming recruit, and this trend doesn’t seem to stop as the Lancers have plenty of talent in the next few classes as well.

Early signing day has made spring evaluation period essentially winter evaluation period so the offers should be flying this spring and expect the commitments to follow from some of the state’s, and nation’s, best.

NFL Draft Combine in Phoenix this Weekend - https://t.co/SkPxBa0w4d via @sports360az
View on Twitter
2
0

NFL Draft Combine in Phoenix this Weekend - https://t.co/SkPxBa0w4d via @sports360az
View on Twitter
2
0

NFL Draft Combine in Phoenix this Weekend - https://t.co/SkPxBa0w4d via @sports360az
View on Twitter
2
1

Love the stories of multi-sport athletes. More of this please @EricSports360AZ Zone Read: Another Week, Another Robinson - https://t.co/mrj0AJz1B2 via @sports360az
View on Twitter
0
3