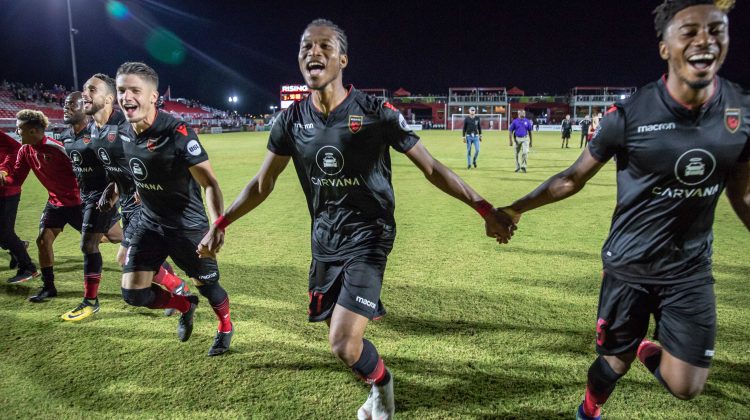 -A note from Sports360az CEO Brad Cesmat-
With Rising FC about to embark on another season I asked “The Godfather of Rising FC fans” John McPherson, a man with an opinion or two, to weigh in on the makeup of the 2019 team. He said I should call this column “Ramblings of a Lunatic”, but i respect John and his passion for soccer in Arizona. Agree or disagree with him…

It is both an exciting and nervous time for Phoenix Rising fans, as it is every year.

Unlike many other soccer leagues around the world and even most sports, there is always a significant turnover is the playing roster during the off season in USL. Most players have single year contracts, some if they are lucky get a year with an option for a second year and the really fortunate ones get 2 year deals.

The closing roster, last season, had 29 players on it and of those only 13 are returning this time around. The questions I had coming in to this season, still remain to be answered:

Who is going to score the goals? The players who scored 32 of Risings 72 goals have departed the team. And although Rising have added a number of attacking players, like Aguinaga, Calistri and Flemmings, with only Jahn and Spencer are out and out strikers. From the play so far, it seems clear that Jahn will be the starter and the man expected to fill the shoes of Cortez when it comes to the bulk of those goals. Ben Spencer as the main backup and he has the credentials to push Jahn all the way.

Who is going to provide the bite in midfield? When you look at the quality of the Rising Midfield you see a lot of depth and a lot of options, from more defensive minded Lambert, Musa and Fernandez to the attacking minded players like Asante, Johnson, Riggi, Awako and Vega and the new additions of Aguinaga, Flemmings and Calistri. The one thing that was missing last year was bite. The player in the center who provided the link between the defensive MF and the attackers and I think Jose Aguinaga is going to prove to be guy.

Who is going to spend time down in Tucson? I said it at the end of last season and I still think it is true, as much as I like Vega he still has a lot to learn about the game as a whole. I do not think he is, yet, ready for a starting spot in the Rising 11. Too many mistakes on the defensive side of his game will put his defense under pressure. A stint playing 1st team in Tucson will do him good. I also think Riggi will spend a substantial amount of time, at the start of the season, as he continues he recovery from ACL surgery. If Farrell and Cochran form the partnership I think they will, I would not be surprised to see Mala get some playing time down there as well.

Who will be the starting keeper? Rising have 2 outstanding keepers, both who would start at every other USL side. Both Woz and Lubin were outstanding last season, with Woz the clear choice for the starting spot. Nothing in preseason has indicated that this season will be any different.

Can Dia and Mala curb their enthusiasm? There is no doubt, going forward, that Dia is an outstanding talent at this level. However, there were numerous occasions last season where we conceded goals because he was out of position. Also, we have to ask if he and Mala have the temperament to make it at this or MLS level. Too often they gave away needless fouls and got themselves a yellow or red card from the officials. If preseason has shown us anything, these are still issues that need to be addressed.

Where do we still need to add players to the roster? Both in defense and in outright offense. Rising have 6 rostered defenders and the 2 out and out strikers. Musa can, at least, drop back into Central defense and Johnson can play striker but these are not their strengths. We saw Fernandez play left back a number of times during preseason and I think it is only fair to say that most do not ever want to see him in that position in a competitive match, so there is no cover at Left Back for a position that was a concern for many last season.

How do we compare to last season? If I was to pick a starting 11 from what we have on the books today it would be:
Keeper: Woz
Defense: Dumbuya, Farrell, Cochrane and Dia
Midfield: Asante, Lambert, Musa, Aguinaga and Johnson
Striker: Adam Jahn

I think this is a stronger 11 than we put on the field at any point last season.

One thing is for sure and that is that this is a side that is capable, at a minimum, of repeating the successes of last season.