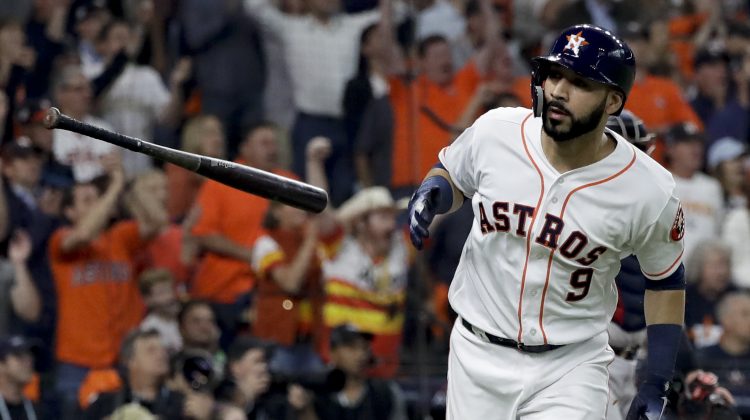 For the second straight year, the typical MLB hot stove has been a deep freeze.

We’re less than a week away from pitchers and catchers reporting and plenty of names are still without homes headlined by Bryce Harper, Manny Machado, Craig Kimbrel and Dallas Keuchel.

The Diamondbacks have already added one player who was hurt by the slow winter in reliever Greg Holland. Last offseason, Holland signed a $14 million deal with the Cardinals on March 31st. This year, the reliever was added on January 30th to the tune of $3.5 million with incentives to potentially double that.

Now, he had a tale of two seasons where things went very poorly for him with St. Louis but then quickly turned around when he was a midseason addition to Washington.

The question is could there be more free agents that may not have been on the Diamondbacks’ radar that could now be available?

The Snakes were never going to be big-time players in free agency due to where their payroll is. Mike Hazen has not been shy about make most of their moves by trade.

Would one of the players who, frankly, should already be signed take a one or two-year deal in hopes to have another shot at the market the following year?

A Deal Coming Out of Left Field?

Even if Ketel Marte thrives in his new role at center fielder, the team lacks depth in the outfield. Adam Jones is still on the market and was a lone bright spot for a distastrous Oriole team, hitting .281/.313/.419 with 15 home runs and 63 RBI.

The loss of A.J. Pollock is not as tough of a pill to swallow if you replace him with another proven, consistent veteran. Any center fielder will also benefit from being sandwiched between David Peralta and Steven Souza Jr..

Few players can provide the versatility Marwin Gonzalez does. In 2018, he played in at least 20 games at left field, shortstop, first base and second. Not only that, but he can hit from both sides and provide stability from the right side of the plate, helping protect Jake Lamb.

Gonzalez was one of the most valuable players on a World Series team in 2017 for his versatility and a .303 batting average with 23 home runs and 90 RBIs. He had a very slow start to 2018 but managed to hit .247 with 16 home runs and 68 RBIs. Delivering on a “prove it” deal could be big for Gonzalez if these past two offseasons don’t become the trend.

Not Just the Lineup

It seems as though the Diamondbacks are content with a rotation of Zack Greinke, Robbie Ray, Luke Weaver, Zack Godley and Merrill Kelly. The Diamondbacks could look at a guy to help further bolster the bullpen like Bud Norris.

The converted starter has been rock solid as a relief pitcher for the Angels and Cardinals the past two years. He’s closed, he’s been in middle relief and he struck out over 10.5 batters per nine innings in his new roles.

Mike Hazen has already shown he isn’t afraid to add to the roster after the season starts when he made a deal for Steven Souza Jr. a week into spring training.

Could he be getting creative with a deal to add to this year’s roster as well?