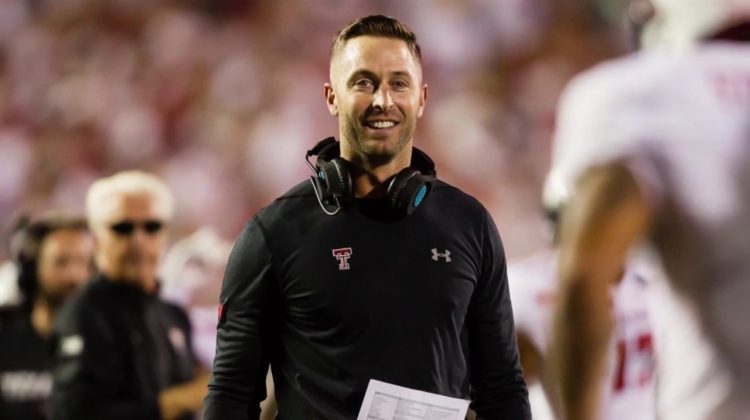 The Arizona Cardinals have landed their guy in Kliff Kingsbury.

A new King in the Nest.#KardsGotKliff

Reports surfaced Tuesday afternoon the former Texas Tech head coach and most recently, USC offensive coordinator, left New York after meeting with the Jets and arrived in the Valley to meet with the Cardinals. It didn’t take long for the two sides to come to an agreement.

Kingsbury could not have envisioned this a month ago or else he would not have signed on with USC. Incredible.

The 39-year-old Kingsbury is widely regarded as one of the top, young offensive minds in football having worked with rising young quarterbacks-particlarly Patrick Mahomes who’s had a breakout season in Kansas City with the Chiefs. He has also mentored Johnny Manziel, Case Keenum, Baker Mayfield and others.

Many believe Kingsbury, a former standout quarterback at Texas Tech, will be the perfect fit to coach and develop Josh Rosen who took over as the starter in Week Four after veteran Sam Bradford was released.

The Cardinals finished 2018 3-13, including just one home win and a four-game losing streak to end the season.