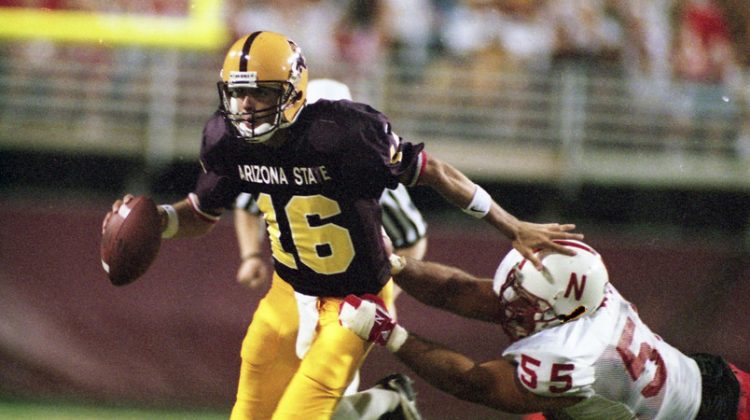 Plummer, an Idaho native, was named First Team All-American and Pac-10 Player of the Year in 1996 who led ASU to a Rose Bowl birth that same season. “The Snake” was a four-year starter who amassed close to 9,000 total yards and 65 touchdowns during his time in Tempe.

I remember my last game in #SunDevilStadium as a ⁦@ASUFootball⁩ player, highly emotional moment in my life! Congrats to all the seniors, on the win yesterday, focus and finish strong! ⁦@MannyWilkins5⁩ pic.twitter.com/oY21tqXfli

Congratulations to Jake Plummer and Dennis Erickson, who have been named to the @CFBHall of Fame, Class of 2019!

Erickson, a long-time coaching standout, was named the 22nd head coach in Arizona State history in December of 2006. He was named the Pac-10 Coach of the Year for the third time in 2007 after helping guide ASU to a 10-3 season and share of the conference championship.

He is best known for winning a pair of national championships at the University of Miami. After a stint in the NFL, he led Oregon State to their first winning season in 29 years and first bowl appearance in 35 years.

Erickson is currently the head coach of the Salt Lake City Stallions who will begin play in the Alliance of American Football League next month.