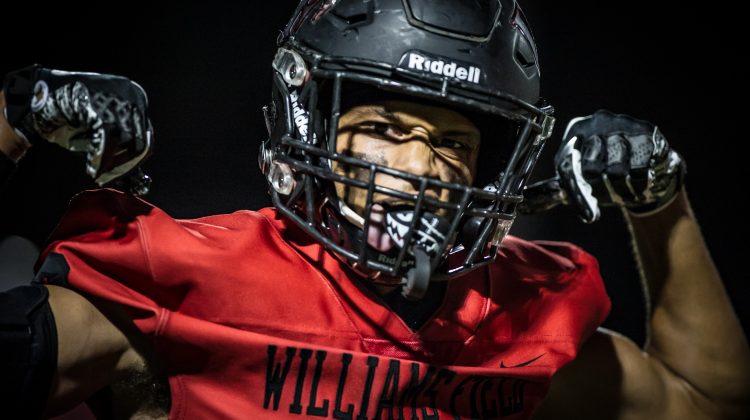 The decision certainly wasn’t an easy one but Saturday in Oahu, Hawaii Noa Pola-Gates made it official, picking Nebraska over finalists Arizona State and USC. The Williams Field High four-star safety, who also played wide receiver and special teams for the Black Hawks, had 15 offers from perennial powers like Alabama, Michigan State, Penn State, Texas and Washington.

Pola-Gates said the process was stressful but in the end one thing set the Huskers apart from the other finalists.

“[Their] home visit made me feel like the coaching staff was one solid unit,” Pola-Gates exclusively told Sports360AZ.com last week. “Coach [Travis] Fisher reeled in my grandfather who was all the way for ASU and defensive coordinator [Erik Chinander] reeled in my siblings that were all the way USC. My mama asked the tough and uncomfortable questions to all the recruiters. When we got down to these three she made me do a visual board for each. All of them were good. If I could go to all three, I would.”

The Pac-12’s loss is the Huskers’ gain as Pola-Gates joins fellow 2019 east Valley standouts Javin “Buddha” Wright (Hamilton) and Ty Robinson (Higley)–all of whom will call Lincoln home in the coming months.

“Buddha and I grew up together and we played on the same youth team, we already have a connection,” Pola-Gates said. “Ty is my complete opposite in so many ways. He’s kind of a country-style dude. I’m not but we click for sure. He was my roommate for the All-American [Bowl] in San Antonio.”

Let him play with me, he gon’ sleep in a caskets ⚜️🖤 pic.twitter.com/G0CAM2VH5d

Pola-Gates leaves Williams Field with incredible memories, including a 5A State Championship in 2016 and a myriad of other team successes under long-time head coach Steve Campbell and his staff, notably defensive coordinator Kelvin Hunter.

“Coach Campbell has always been straight up and has always put the mission before the individual,” NPG explained. “He taught me to enjoy the process. Coach Hunter has been my biggest advocate at Williams Field. He has gone gray because of me (laughing). I’m a better defensive back because of him.”

Devon Henry @devonhenry77
Wednesday, January 29th, 2020 at 12:01pm
The 2020 AIA football realignment has unexpectedly brought some west side rivalries back to life.

Greg Coulter Retweeted · Eric Sorenson @EricSports360AZ
Wednesday, January 29th, 2020 at 10:26am
BREAKING: Vance Miller is the new head coach @TitanFootballAZ -- "After growing up in Scottsdale, I feel a lot closer to home. My family and I are excited to start this new journey." STORY via @Sports360AZ : https://t.co/EKwmJLfIl9 #ArcadiaTitans https://t.co/cKsfiwLT6y
View on Twitter