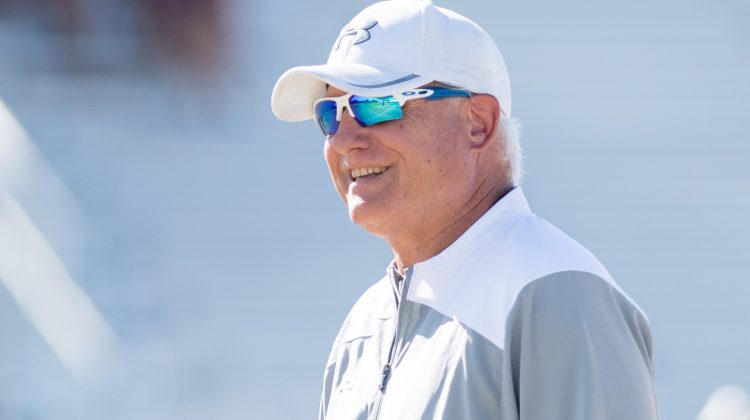 Chandler high school searched far and wide to find their replacement for Shaun Aguano. The football powerhouse decided that they just needed look within their own coaches office to find the next head coach of the Wolves.
Tuesday morning the school announced that Rick Garretson, who’s been on staff since 2010, was being promoted to the head coaching post. Garretson was hired by former Chandler head coach Jim Ewan in 2010 to develop wide receivers. He was promoted by Aguano in 2012 to quarterback coach and passing game coach.
Garretson’s coaching roots date back 26 years. He was at Southern California powerhouse Servite for 16 seasons working with receivers and quarterbacks.
Garretson comes from a family rooted in sports. His late father Darrell Garretson was a NBA referee for 27 seasons, who was inducted into the Basketball Hall of Fame.
His brother Rick, is also an NBA referee.