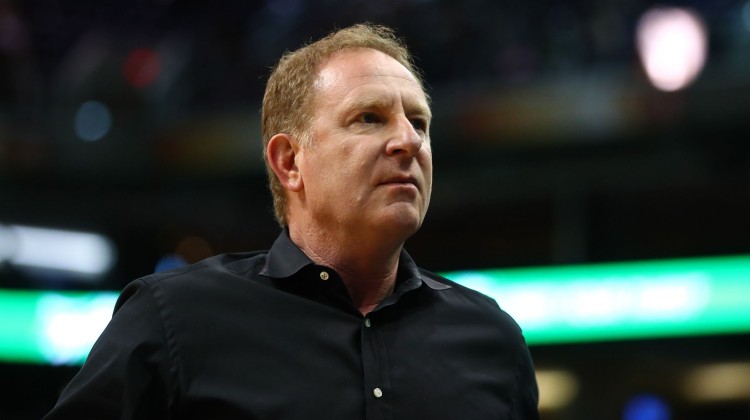 ‘Tis the season for Santa to make his list and check it twice. To many Valley residents and long-suffering Phoenix Suns fans, owner Robert Sarver as been far more naughty than nice for quite some time over the last decade. His latest power move has been a threat to move the market’s longest tenured professional team to Seattle or Las Vegas if the $230 million renovation plan to Talking Stick Resort Arena falls through.

“Business as usual at 201 East Jefferson Street,” ESPN NBA Insider Amin Elhassan quipped to Brad Cesmat in a phone interview Thursday morning. “This is the normal…you have to understand, Phoenix’s first love in sports is the Phoenix Suns. What’s happened over the last decade has been an erosion of that love affair and a lot of it has come at the hands of Robert Sarver.”

Here are the details of the planned protest of Robert Sarver for the nationally televised game vs the Dallas Mavericks tonight at Talking Stick Resort Arena.

In short, this is par for the course for an owner and a franchise who have not played a playoff game since 2010.

“This is all in the playbook,” Elhassan, said of Sarver. “It’s all in the scouting report so-to-speak.”

Late Thursday afternoon a video message from Sarver surfaced, reassuring Planet Orange he has no intentions of moving the organization to another market and he hopes to again renovate Talking Stick Resort Arena and “once again restore it to a world-class facility.”

The arena, which opened in 1992, had a 40-year lease with a clause the organization could opt out after 30 years if the structure is deemed obsolete.

The Suns are an NBA-worst 4-24 entering Thursday night’s home game against the Dallas Mavericks.