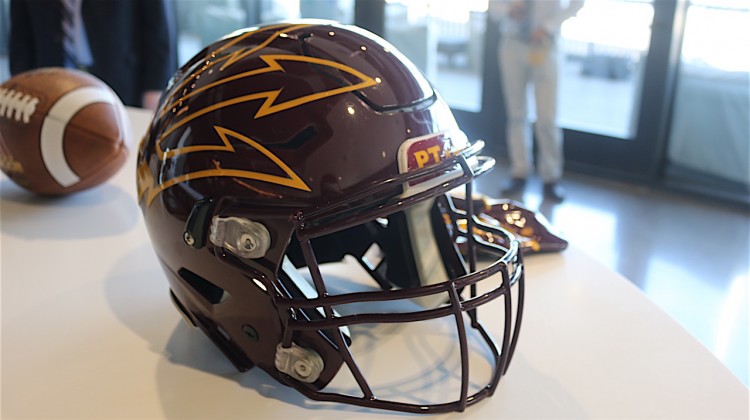 Arizona State got the win over UCLA on Saturday.

In a weekend where they hosted many high-profile recruits, they also got a win after Reseda defensive end Alonzo Hall publicly made his pledge to the Sun Devils.

The 6-foot-5, 230-pound defensive end holds other offers from the likes of Louisville, Iowa State, Nevada and UNLV.

“Hall shows great length and a motor off the edge,” 247Sports National Recruiting Editor Brandon Huffman said. “While he’s not necessarily explosive off the ball, he does have a quicker first step and can use his length to reach the quarterback. He’s got a frame that should easily add more weight in college and with his ability to rush the pass and develop physically, could be a real disruption off the edge. He could serve to use a redshirt year to get bigger and work on his technique but he’s got a high ceiling.”

Hall is Arizona State’s 17th public commitment and sixth defensive commitment. He is the third commitment from the state of California in this class.