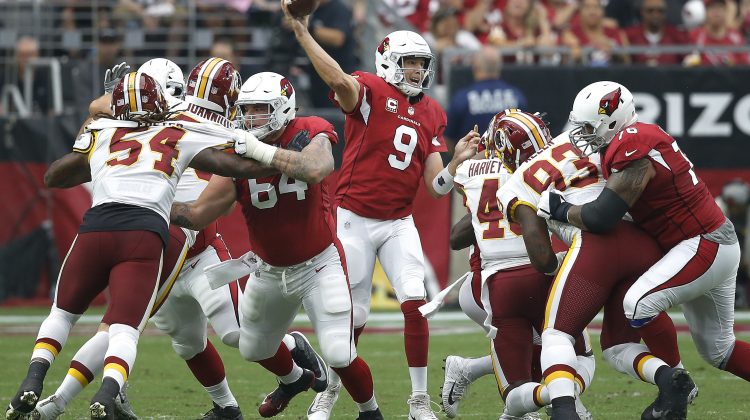 The Sam Bradford experience officially failed and Saturday afternoon it ended when the Arizona Cardinals waived the veteran quarterback.

Cardinals wound up paying QB Sam Bradford a $10 million signing bonus, about $2.5 million in base salary and another $1 million in playtime bonuses – a total of $13.5 million for playing three games.

The former Heisman Trophy winner and first overall pick played in three games, all starts, before losing his job before Week Four to rookie Josh Rosen who has taken every snap since.

The Cards signed Bradford to a one-year deal, $20 million deal last spring. He completed 50 of 80 passes for 400 yards. He threw two touchdowns, two interceptions and fumbled three times. His 2018 passer rating was 62.5.

With the @azcardinals releasing Sam Bradford, the @vikings lose a projected 2019 third-round comp pick, and AZ gains a projected sixth.

Arizona is on their bye this weekend. They travel to Kansas City to play the Chiefs on November 11th.