“…and down the stretch they come!”

The end of the regular season is nearly upon us. Who’s ready for the playoffs? Yeah, that’s what I thought.

It’s been a rather interesting week in high school football so let’s line up, take the snap and get rolling into this week’s edition of ‘Zone Read.’

Pioneering Their Own Path

No prep narrative made bigger ripples locally, maybe even nationally, this week than the soap opera surrounding the decorated Pinnacle quarterback and his reportedly “injured MCL.”

Since last Thursday’s announcement that Rattler would miss the Pioneers’ nationally televised game against Chaparral due to injury, the truth has been revealed.

Well, sort of. There was never an injury, but a season-ending suspension.

For what? We’re not sure.

Spencer’s dad, Michael Rattler, has been the public voice behind this but far from the voice of reason.

For he and the others involved credit, time has led to self-reflection after they “came up with their own narrative” last week.

“Mistakes were made in the handling of this situation by multiple parties,” a contrite Michael Rattler said to the ‘Zone Read’ via e-mail. “Please accept my apology and understand that we will be making no further comments about this situation at this time.”

Truthfully, until/if the truth is revealed, I’m not nearly concerned about whatever Rattler did as I am about how his father and other “decision makers” instructed him to handle the tale.

Sources close to the situation told Sports360AZ.com over the weekend Rattler would miss “three to six weeks” with the injury.

Mr. Rattler, I don’t work in public relations, but I know a little bit about it. Instead of lying and misleading nearly everyone involved, how difficult would it have been to simply say last Thursday in a better spin,  “Spencer is sick and unfortunately won’t be available to against Chaparral.” Simple, innocent, believable and just vague enough. Said reasoning would have, if nothing more, allowed the situation to breathe a bit over the weekend.

Rattler publicly apologized to his teammates and, according to sources, got emotional doing it but it came close to a week after the incident or “reported injury.”

The “Spencer Rattler Circus,” which includes a fully staffed documentary crew who frequently follows around the Oklahoma commit on and off the field, may be wearing thin on some in and around the Pinnacle program.

Internally, ‘Neer Nation believes they can win and win big with backup quarterback J.D. Johnson. Well, that remains to be seen as replacing a four-year starter and Arizona’s all-time leading passer is no easy task, even for the talented junior Johnson.

Spencer Rattler isn’t a bad young man–far from it, actually. I’ve chronicled his journey from eighth grade to the present and have always been impressed with his humility which was engrained in him from his parents.

We all make poor decisions. It’s how we admit those and learn from them moving forward which allow us to grow.

No player is bigger than a program, even the nation’s top-rated 2019 quarterback.

Mr. Rattler learned his lesson. Hopefully his son did, as well.

The cream once again seems to be rising to the top in Scottsdale. I mean, what else did we expect from the five-defending state champion Saguaro Sabercats, right?

Since an ugly week one loss to Liberty (NV) back in late August the ‘Cats have shown no mercy on their last seven opponents outscoring them by a combined total of 351-128.

#SagU has been tested against quality opponents (Helix (CA), Chaparral, Desert Edge) which has been the blueprint for the program over the past several years.

“We decided about five or six years ago that it was much more beneficial for us to challenge ourselves in our freedom games than it was to find guaranteed wins,” head coach Jason Mohns explained to the ‘Zone Read.’ “We emphasized scheduling traditionally strong programs that would force us to play at a high level early in the year or expose us for our shortcomings. Playing these games early shows us where we are as a team.”

Before the season started I brought you the story of Adryan Lara, potentially the “next big thing” in a long line of recent star quarterbacks in the Valley. From the jump it was easy to see why this smooth thrower with a rocket arm won the job as a freshman at perennial power Desert Edge.

Lara’s season has been filled with highs and certain a fair share of young growing pains. He’s not completing 50 percent of his passes but has thrown 12 touchdowns (seven interceptions) in seven games played.

“Adryan has grown a lot this year,” Desert Edge head coach Jose Lucero said to the ‘Zone Read.’ “He’s learned something new each week and shown improvement. He has shown the ability to make big plays with his arm but is still working to more and more consistent.”

Expect the 6-foot, 170-pounder to make a big jump both physically and mentally this off-season heading into his sophomore year.

While Todd Graham was far from perfect during his six seasons as head coach at Arizona State, no one will ever question the job he did taking over Dennis Erickson’s mess, on and off the field, and turning the Sun Devils program and facilities around.

Although Graham isn’t coaching on the field this season, he’s still coaching the game of life to young student athletes here in the Valley.

Thanks @RealCoachGraham for taking the time to talk to our student athletes and coaches today about character, competitiveness and sacrifice. #TOGETHER pic.twitter.com/8STof4jqtb 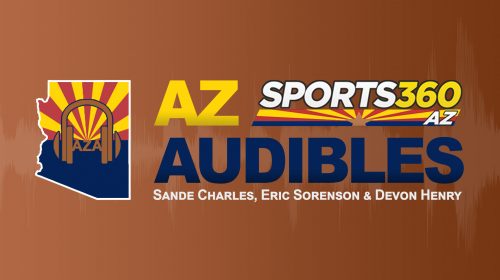 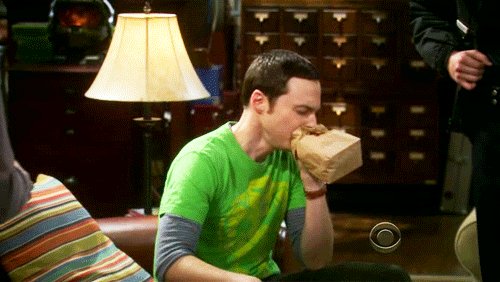 99-28 victory for @CasteelWBB to clinch a regional championship. Cutting the nets to celebrate @Sports360AZ https://t.co/p4Pu7lbTkr
View on Twitter
1
12