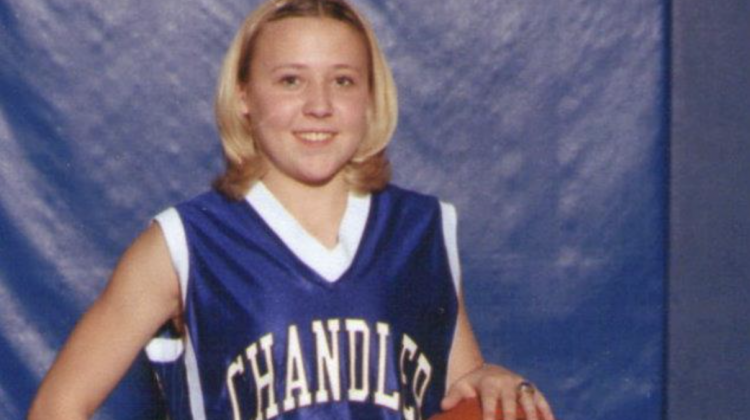 Toward the end of my eighth grade year, my parents gave me a choice- Chandler or Hamilton. The rapid growth of the city of Chandler in the late 1990’s meant that the boundaries for elementary schools and junior highs were ever-changing. Despite living less than two miles from Anderson Junior High School, and less than three miles from Willis Junior High School, the kids in my neighborhood were bussed to Bogle- a junior high that was 7.6 miles south of us, near the construction site that was to soon become Chandler’s second high school, which would be called Hamilton.

In the days before social media, you really only knew the kids at your school and in your neighborhood, so without hesitation, I chose to stay around the people I saw on a daily basis, and be bussed to Hamilton for my freshman year. My parents decided to reverse my decision when I missed the bus a few too many times at the tail end of eighth grade, realizing that they’d be stuck driving me to school every time I failed to leave the house on time. So that’s how I became a Chandler Wolf, and ultimately a friend of the one and only Tiffany Tate. Had I not stayed up late every night watching replays of SportsCenter the spring before high school, I may never have met the most inspirational athlete I’ve ever had the pleasure of being around.

Score one for irresponsibility.

I met Tiffany on my very first day of freshman year. I was late to math (which should come as no surprise considering how I ended up at this school in the first place), and when she saw me frenzied in the doorway, looking for an open chair, she invited me to sit next to her. That act of kindness, I’d come to find out, was second nature to her. As was the other characteristic she displayed that day, a relentless and mischievous sense of humor. She provided me a place to sit when I needed one, and in my flustered state, I provided her someone to poke fun at. Throughout class, she repeated the teacher’s instructions to me as if I didn’t hear it the first time, but slightly altering details like page numbers or problems to throw me off. She swiped my pencil when I wasn’t looking, and then offered to loan me my own writing utensil when I sheepishly asked to borrow one. By the end of the very first class, I’m almost positive the teacher threatened to separate us for laughing. Had that first math class been my only interaction with Tiffany, I’d have remembered her fondly. On a day where I felt anxious, overwhelmed and uncomfortable, while in a place I never wanted to be, she made me feel like I was right at home.

It wasn’t until a few weeks into the school year that I found out that she was an athlete. The fact that she’d come to class in tearaway warmups probably should have tipped me off, but back then I was as perceptive as I was punctual. I mentioned to someone on the freshman football team that I was going to be trying out for basketball after the season was over, and they told me I should get a few pointers from Tiffany. I thought they were joking, so I laughed. That’s when some more people who had gone to junior high with Tiffany joined in the conversation and informed me that not only was she good, she was going to be playing varsity as a freshman for a team that might be one of the best in the state.

I’m embarrassed remembering back to when I went from friendly with Tiffany Tate, to intimidated by her. At the time, basketball was the greatest sport in the entire world. I mean, to me, it still is. Realizing that I had been sitting next to a hoops prodigy every day in math had me a little off my axis. It would be like being a freshman in class with Nico Mannion, or Christian Kirk. Sure, they’re students like anyone else, but it’s hard to separate someone from their reputation, especially when the thing that gained them that reputation is something that you consider one of your top priorities. That year, I went to school with Terrell Suggs, arguably the greatest football player to come out of Arizona in the last 30 years, and I had an easier time hanging out with him and the rest of the upperclassmen at track practice every day than I did being around Tiffany Tate, Lindsay Taylor, Jessica Combs, Syretta Coleman or anyone else from one of the best high school basketball teams in Arizona’s history.

I wish I could go back, shake some sense into myself, and tell the 14-year old me to play it cool. You can’t fake cool though, and I suppose it’s all the more credit to Tiffany that my adolescent neuroses never seemed to bother her. She was the same person, day in and day out. I remember how ashamed I was to tell her that I had been the last cut from the freshman team that year. She didn’t care. In fact, she just grinned and said something along the lines of, “good, maybe you’ll have more time to do the work for this class instead of always asking to check my answers to see if you got yours right.” She may or may not have been kidding. I barely passed that class.

I wasn’t just unaware of Tiffany’s status as a basketball star, I also had no idea about the burden she lived with on a daily basis. I had no idea that while she seemed carefree and as full of life as anyone could possibly be, her body had been ceaselessly attacking itself since birth due to Cystic Fibrosis. I had mentioned to her that my sister had frequent asthma scares, often missed school, and had to spend what I thought to be exorbitant amounts of time on a nebulizer. I always laugh a little thinking back on Tiffany letting me try to explain to her what a nebulizer was. It had to be like me explaining the mechanics of a jumpshot. Not only did she already know, she knew to an extent that I never could have understood.

She explained her condition to me, as well as her severely curtailed life expectancy, and I’ll never forget that the obvious disappointment she wore on her sleeve in those moments never ventured into the realm of whether or not her situation was “fair.” Maybe it was the resolve of having being raised in the shadow of this burden, and having already wrestled with the question why, or maybe it was because her natural inclination was to attack each day by handling the burden directly in front of her, but I do remember that was the first time I felt inspired by Tiffany Tate. She was honest, and vulnerable, and a conquerer of her fears.

Over the years, we kept in touch. I went out to watch the Phoenix Mercury honor her. I went to her Chandler Sports Hall of Fame induction. We unsuccessfully brainstormed ideas on how the website that I started in order to cover prep athletics in our shared hometown could honor her legacy. Like many people, I cheered her on via social media, whether it was in taking on the state government in a literal fight for her life, or as she braved two separate double lung transplants, countless hospital stays, or just the monotonous treatment routine that essentially took the place of a full time job… all to be able to take in a breath, something most of us are literally designed to take for granted. Like many of you, I celebrated alongside her whenever there was a victory to be had- and there were many. She allowed us to celebrate both successful transplants, her marriage to the man of her dreams, and I’ll admit, I took off the journalist hat completely to root for Seton Catholic to win a title in honor of her birthday back in 2014.

The thing I grew to admire about Tiffany is that her personal victories felt like our victories, because she allowed the community to come together and fight beside her. She was graceful in her gratitude, and the fight she waged on a daily basis was in order to be able to come back tomorrow and wage another fight alongside her family and friends. That’s the thing that gets me most- she fought for the ability to keep fighting. Thriving was never in the cards. A life without burden was never on the horizon. She fought to stay in the fight.

I hear people say that Tiffany lost her battle, and I’m unbothered by it. I’m well versed in the language of loss. But I posit that Tiffany Tate merely lost the same war we all lose. She won her battles. She won more battles on a daily basis than most of us will face in a decade. As far as I’m concerned, Tiffany Tate was undefeated, and because she allowed us to be on her team, no matter how small our role, we got to know what it felt like to be undefeated too.

The last time I ran into Tiffany was in February, as I caught her in the foyer of Seton Catholic’s gymnasium before a basketball game. She was wearing a surgical mask, but the mask couldn’t hide the fact that she was smiling. “Always late,” she said, laughing. “They haven’t tipped yet,” I protested, as I then gladly surrendered most of the first quarter to engage in small talk with one of the best people I’ve ever had the pleasure to know.

We’ll miss you Tiffany. Save us a seat.