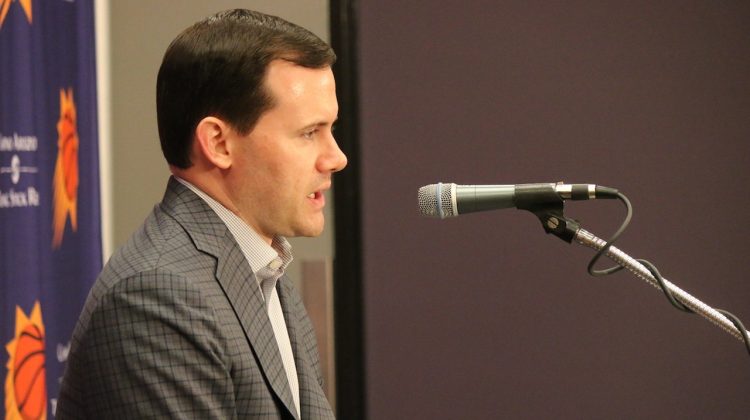 The Suns have relieved Ryan McDonough of general manager duties, per a team report.

Vice president of basketball operations James Jones and assistant general manager Trevor Bukstein will serve in the role on an interim basis.

“After much thought and a long evaluation of our basketball operations, I have decided to relieve Ryan McDonough of his duties as general manager of the Phoenix Suns,” said Suns Managing Partner, Robert Sarver in a team statement. “Our focus in the short term is to prepare for the upcoming NBA season and to continue pursuing opportunities to strengthen our roster. Over the course of the season, we will explore both internal and external options as we look to restructure our basketball front office leadership. On behalf of the entire organization, I want to thank Ryan for his efforts and contributions during his five-plus years with the Suns. We wish him nothing but the best moving forward.”

McDonough had been the team’s general manager since 2013.