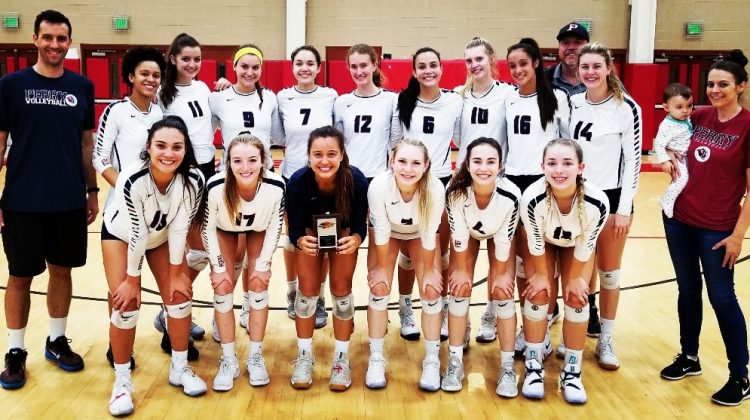 Going into the 2018 volleyball season, the Perry Pumas knew it would be a continuous operation of growth and improvement.

“Early on, we continued to talk about the process,” Perry head coach Fred Mann said. “The process of learning our system, doing our job on the court, and making mistakes early so we can hopefully learn and get better by the end of the season.”

The 20th ranked team in the nation, learned to trust that process, which led them to an 8-0 record and 6A Premier Region Champions.

May I introduce you to the
2018 Premier Region Champions:

After a disappointing finish to the 2017 season, Perry said good-bye to six of their talented seniors, but the loss of that senior leadership didn’t derail the Pumas here in 2018.

“It turns out what we lost in size, we gained in defense,” Mann said.

Suan and Beasley have both committed to play at the next level with Suan heading to Missouri State for beach volleyball and Beasley at Alabama State University.

Although the Pumas have tallied only 240 blocks their defense has picked up 1,672 digs altogether.

As the postseason gets underway, the Pumas know they will have to be on top of their game to keep their championship hopes alive as everyone will have their sights set on taking down the No. 1 team.

“Sometimes it is easier to be the underdog,” Mann said. “Being a one seed can be more difficult because everybody will play you with a little higher caution and intensity.”

The key is to remain composed while continuing to play with confidence, just like they have all season, against arguably the fiercest competition in the state.

The 6A Premier region is comprised of the defending state champions and currently second ranked Xavier Gators, the third ranked Hamilton Huskies, the number seven Basha Bears, and the Chandler Wolves, in addition to the top ranked Pumas.

Four out of the five teams in the division are ranked in the top 10 in Arizona. Perry, Xavier, and Hamilton are also ranked among the top 50 in the nation.

“It is a brutal division,” Mann said. “They have all given us good matches and it says a lot about our girls, that have beaten all three of these top programs, each twice.”

The road to the State Title won’t be an easy one. The Pumas are going to expect elite matchups from whoever they face across the net and are ready to give 110%.

“No matter who you play, if you don’t bring your game, you are going to be in trouble,” Mann said. “There are so many talented teams.”

Perry will play No. 16 seed Westwood on Tuesday, Oct. 30 to start postseason play.