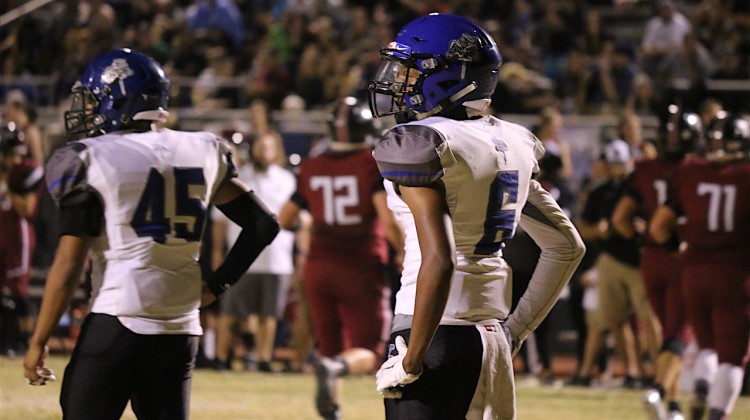 It’s clutch time! Regions can be clinched, rankings can be changed, and the tournament is coming. With nearly 20 games on the west side this week, there are a boatload of meaningful games being played no matter where you are. If you want something fun to do on Friday night, you have plenty of options.

The 6A Southwest Region is tight between Tolleson Union, Westview, and La Joya. With that being said, regions no longer matter in 6A when it comes to the tournament. In the past, the region champions received an automatic bid to the tournament regardless of ranking. That has now been abolished with only the top 16 schools making the post-season.

Both La Joya and Westview are schools right on the bubble of making the top 16. While their game may decide the region champion, it will most likely be enough to push only one team into the postseason.

La Joya stands tall behind a spectacular balanced offense led by junior quarterback, Miguel Valdovinos, who has thrown for an absurd, 24 touchdowns this year. Westview will also have to watch the rush too with senior, Alfred Jordan, averaging a touchdown per game, including one in last week’s 35-14 victory over Shadow Ridge.

Coming off a 56-0 shutout of Copper Canyon, the Westview defense will look to pressure the Lobo QB through their defensive line with senior, Jacob Greene, leading ten different Knights in combing for 22.5 sacks on the year. La Joya can’t make too many crazy decisions throwing the ball because the Westview pass protection will pick it off. Seniors, Michael Campbell, Michael Lopez, and Kayden Staples all have three INTs apiece this year leading the Knights to a total of 16 swipes on the year.

Don’t sleep on us👀 pic.twitter.com/bSNbCf9X4w

If the Westview defense holds, their offense should have no problem scoring and propelling themselves into the 6A tournament. If La Joya and their junior QB can pass like they have been this year, they can move into the postseason. Both coaches know this could be a make or break game with the teams ranked at 15 and 16 in the conference.

While there’s no region or district tournaments in AIA football, occasionally the stars align and give us a makeshift “Region Championship Game.” While it’s not officially a championship game, it is a game that mathematically decides the region champion. We find ourselves with that exact scenario in the 4A Skyline Region where the Greenway Demons travel to Tempe High to duke out the title.

Greenway defeated St. Mary’s last week with a 40-20 ‘W,’ keeping them undefeated in region and 7-1 on the year. The 14 ranked Demons have rallied behind senior QB, Tyler Duncan, who is nearing 7,000 career total yards in his third year starting for the Demons.

“He’s really in control of the offense,” Greenway head coach, Ed Cook, told ‘Best in the West’ about Duncan. “It’s been awesome having such a knowledgeable kid running the show for us.”

Beyond blessed to receive an offer from Ottawa University. Thank you @CoachMoseOUAZ for this opportunity. pic.twitter.com/CJSirdBcnV

The Tempe Buffaloes love the ground game, averaging 270 yards on the turf this year while racking up 26 touchdowns. If the Greenway d-line forces the Buffs to throw, the secondary can take care of the rest. Tempe senior quarterback, Nathan Clayton, has tossed 10 INTs this year compared to only 5 TD throws.

A win against Tempe gives the Demons their first Region Championship since 2003 and would clinch their first tournament spot since 2010.

It’s no surprise that the 2015 Division III Champions, Desert Edge, would create a new contender in 4A Conference. The Scorpions included the two of the best teams in the Conference, Saguaro and Salpointe Catholic, on their 2018 schedule. While both games were losses, they proved they can hang in with the best.

Following their victories against west valley parental powerhouses, Cactus and Peoria, they come off a bye week with the opportunity to clinch the region against a winless Deer Valley.

Took the bigs out for breakfast on our bye week! Pancakes on and off the field 🥞🥞🥞 pic.twitter.com/Zh11wLV99g

Led by freshman sensation, Adryan Lara, the quarterback has thrown 673 yards for eight TDs with six different running backs accumulating another 13 end zone celebrations. With a win, Desert Edge will take their first Region Championship since winning a three-way tie in 2016.

Another region up for a clinch this week is the 5A Desert West. The Millennium Tigers have gone from an under .500, no tourney squad, to a power to fear in the 5A Conference. Following a 35-0 shutout of Agua Fria, The Tigers look to clinch their region and vie for home field in the first round at their senior night against Willow Canyon.

Honored to retire the jersey of Millennium great Marquis Flowers at halftime of our 35-0 win tonight! Once a Tiger always a Tiger! We hear your ROAR @MFlowers59 ! #ThisIsMILLENNIUM #FearTheROAR #2 pic.twitter.com/SVWAheXACa

The WCHS Wildcats started the year off with a bang scoring 92 points in their first two games but followed that up with a three-game losing streak. With a 4-4 record, it could be too little too late to make a run at a tournament spot. Senior, Zachary Swinbourne, continues to keep pounding the ball with the run game, leading the team with five touchdowns.

Millennium could steal home field in the first round with a region-clinching win against Willow Canyon to keep the momentum rolling on this turnaround season.

It’s a meaningful Friday across the whole west side as teams fight for tournament spots, so be sure to head out and support your team. Be sure to check out the Best in the West Podcast on Wednesday, and of course, don’t forget to use #FridayNight360AZ to join in on all the talk under the lights!

NOTEBOOK: Wrote a few thoughts on some players that have impressed me this HSFB season after watching Desert Vista freshman Devon Grubbs rush for 5 TDs last night.