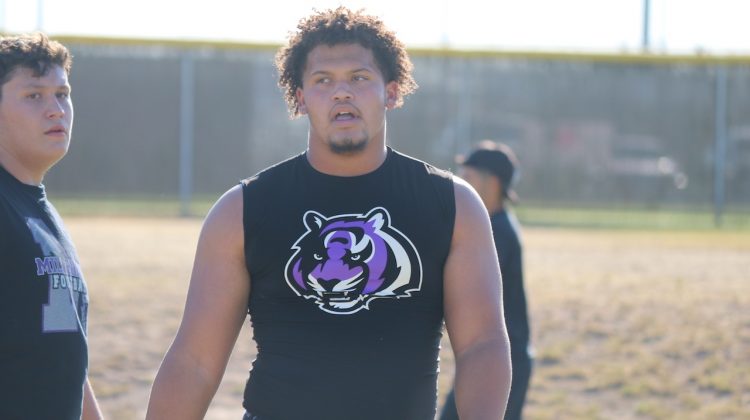 COMMITTED 🔱⬆️ Thank you @ASUFootball @CoachNua and @donnieyantis for enabling me to further my education and play football at the collegiate level pic.twitter.com/bDsNxI1KcT

The three-star recruit becomes the fifth in-state player to publicly commit to ASU after receiving an official offer just one week ago. Several division one programs have expressed interest in Cooper. He has received offers from Northern Arizona and South Dakota State and his talents have caught the eyes of Arizona, Boise State, Colorado, and Washington State.

In his two visits to the Sun Devils facilities, including ASU’s upset win over Michigan State on Saturday night, Cooper has told 247Sports his experiences with the coaching staff and players have only given him comfort in committing so early.

The defensive lineman has already had a standout senior season, leading the Millennium Tigers to a 3-0 start totally 18 solo tackles, 5 being sacks. He has proven to be a versatile player which could be of value to ASU.

“He could play in either side of the ball in college,” Sports360AZ Recruiting Expert Jason Jewell said, “but with his length, is probably better suited to play defensive tackle, which is what ASU offered him as.”

Cooper is the No. 24 overall prospect in the state of Arizona for 2019 recruiting class and is among over 35 Arizona high school players who have openly committed to play college football.

Will the Cardinals pull out a victory, trailing at halftime?
View on Twitter
0
0

Murray runs to Lions 31 for first down. Cardinals in uptempo
View on Twitter
0
1

Ruling on the field was touchback. Cardinals start at 20
View on Twitter
0
1