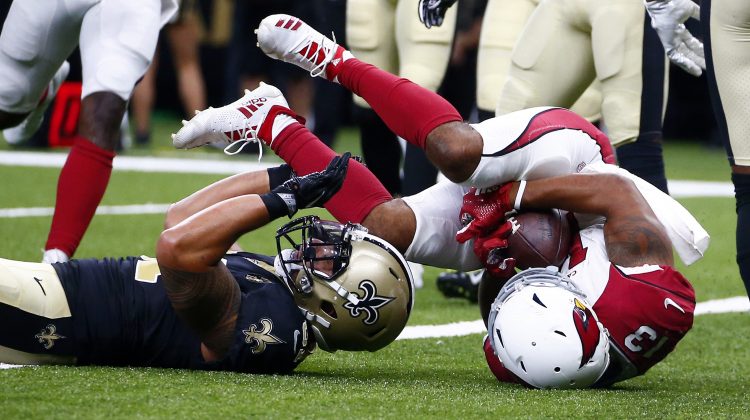 Sam Bradford and Josh Rosen turned in solid showings Friday night in the Cardinals 20-15 preseason victory at New Orleans. Bradford started the game and finished the night a perfect 6-6. Rosen would follow and complete a touchdown pass to Christian Kirk. Rosen would finish the night 10-16-107 yards and the 13 yard scoring strike to Kirk. Running back David Johnson scored on an impressive 9-yard pile push in the first quarter before his night was complete.

New Orleans did not play starting quarterback Drew Brees in the game.

The early injury report showed the Cardinals coming out of the game relatively clean. Oft-injured Robert Nkemdiche left with a foot injury in the first half and did not return.