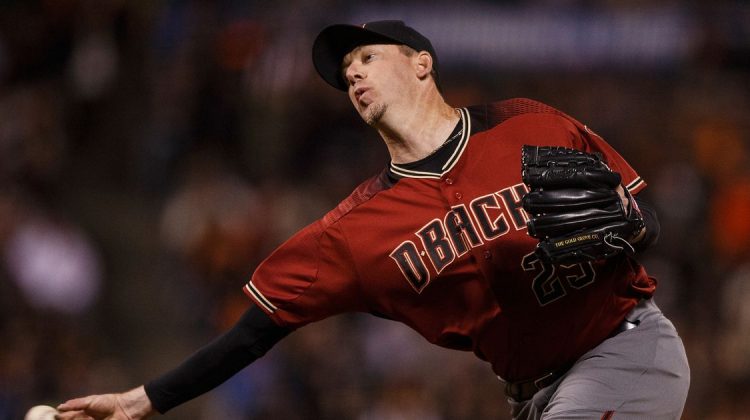 The Diamondbacks are bringing back right-handed reliever Brad Ziegler, the team announced on Tuesday. Arizona made the trade official with under two hours before the 2018 deadline.

In exchange for Ziegler, the Diamondbacks send right-handed pitching prospect Tommy Eveld to Miami. The D-backs will take on the $3 million left on Ziegler’s salary in 2018, The Athletic’s Zach Buchanan reported. Ziegler will be a free agent after this year.

Ziegler, who has a 0.64 ERA in his last 28 appearances, was with the Diamondbacks from 2011-16 before being traded to the Red Sox before the 2016 trade deadline.

It was seven years ago that the #Dbacks first got Brad Ziegler, and now they're bringing him back. He has had a 0.93 ERA with a 80.3% ground-ball rate since June 1, with right-handers hitting .219 against him this season, per @mlbtraderumors

The righty has quite a history in the desert.

Ziegler is the D-backs’ all-time leader in appearances with 348 and wins for a relief pitcher with 21. He also is second all-time in ERA with a 2.49 and holds with 65, and is fifth in franchise history in saves with 62. In his 348 games with the D-backs, Ziegler has given up only 14 home runs and opposing hitters hit .230 against him.

Earlier this month, Ziegler was voted by fans to the Diamondbacks’ 20th Anniversary Team for his role in the 2011 run to the postseason.

When you don't even need to photoshop the jersey. 😁

This season, Ziegler is tied for a National League-high 53 appearances and holds a 3.98 ERA. He struggled at the beginning of 2018, but has settled in nicely.

Ziegler will bolster a D-backs bullpen already made up of solid arms in Brad Boxberger, Archie Bradley and Yoshi Hirano. The bullpen has been struggling as of late, so the addition of Ziegler will add some depth.

This is the second addition to the bullpen the Diamondbacks have made in the last week. Matt Andriese was acquired from the Rays on Wednesday of last week.

The D-backs placed RHP Shelby Miller on the 60-day DL to make room for Ziegler on the 40-man roster. Miller has been on the DL with right elbow inflammation since July 12.