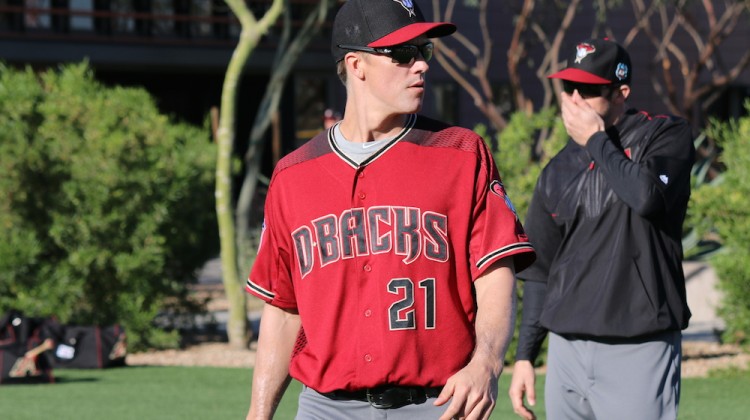 After splitting a tough four-game set against the Chicago Cubs, the Arizona Diamondbacks hit the ground running, sweeping the San Diege Padres in a three-game set.

The Diamondbacks were able to jump on the Padres early, outscoring San Diego 15-6 in the first four innings of each game.

Zack Greinke has strung together some dominant starts recently and continued that run against the Padres.

Since June 13th, Greinke has won seven of his eight starts, his ERA has dropped nearly a run, and he struck out 55 batters in 53 innings.

The Diamondbacks lineup added a new piece in Eduardo Escobar. The former Minnesota Twin made his D-back debut on Saturday, playing third base and batted fifth. He went 2/4 with two runs scored.

Reliever Matt Andriese also made his debut for the Diamondbacks, throwing two innings and giving up one run.

Jay, who the Diamondbacks also traded for earlier this season, hit 5/13 this series with two runs scored and four RBI this series.

There was a bit of drama on Sunday when David Peralta left the game in the sixth inning. With the trade deadline days away, the Diamondbacks’ fan base wondered if the outfielder had been traded. After a bit of time, it was announced he left the game with right shoulder tightness.

The Diamondbacks return home this week to take on the Texas Rangers in a two-game series, the San Francisco Giants in a four-game series and the Philadelphia Phillies in a three-game set.