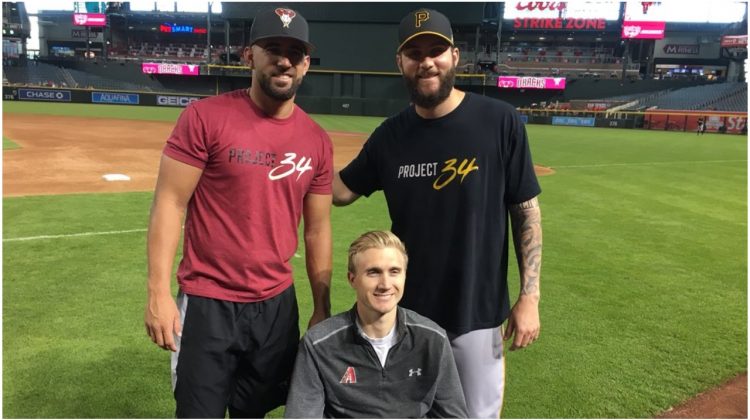 The two grew up playing baseball together in California and decided to chase their baseball dreams to the desert playing for the Sun Devils in Tempe.

Three games into their freshman season, however, Hahn suffered a spinal cord injury after sliding into second base, paralyzing him from the chest down.

The injury ended Hahn’s playing career, but it hasn’t ended his career in baseball. 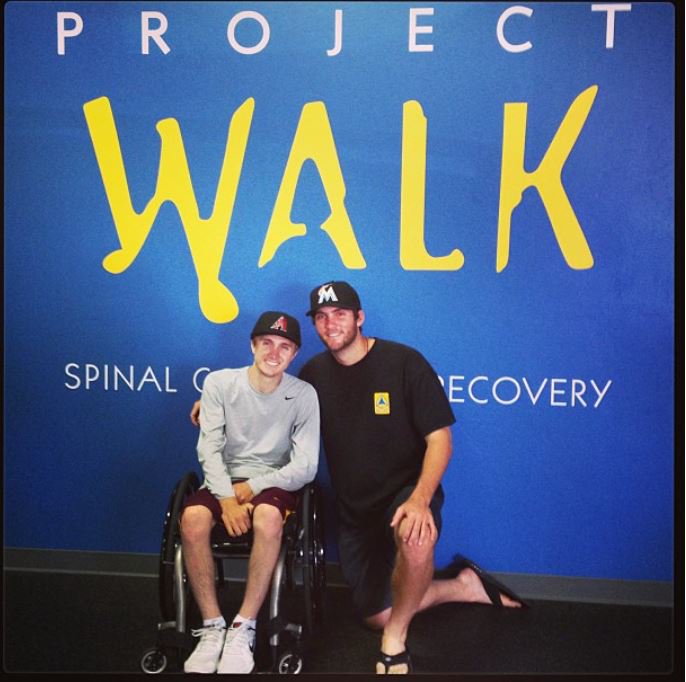 Hahn was drafted by the Diamondbacks in the 34th round of the MLB Draft in 2013 and has been with the organization ever since, working in baseball operations for Arizona.

Williams was drafted in 2013 as well, by the Miami Marlins in the second round. In 2015, the Pirates acquired him and in 2016 he made his big league debut with Pittsburgh. This season, Williams has solidified his role in the Pirates’ starting rotation.

The two friends’ baseball paths have taken different routes, but they have experienced the ups and downs of spinal cords injuries together through Hahn’s journey.

They have always wanted to do something to help others who are going through similar injuries, but it wasn’t until was this past offseason that they felt it was the perfect time to launch their cause.

“We both were able to figure out we’re both in a really good stage in life,” Hahn said. “I know I was at a comfortable spot with my career and he’s now in the big leagues and he’s getting established. I think once we were able to get to that point, we realized this offseason was a good opportunity for us to hopefully put this thing in motion and let it go.”

Hahn and Williams poured over names for their foundation, trying to come up with one centered around the number 34, which was Hahn’s number at ASU and is now Williams’ number with the Pirates in honor of Hahn.

When they came up with the name Project 34, they found it was the perfect fit.

“With the word ‘project’ we realized that it’s never finished,” Hahn said. “For us, this was going to be something that wasn’t ever going to have a finish line, we want to keep going as long as we can and keep this thing growing…not just be something where we finish in five years and impact lives, but we want to be doing this for as long as we possibly can.”

The mission of Hahn and Williams with Project 34 is to help provide financial support for people with spinal cord injuries whose insurance doesn’t cover the costs of their physical therapy, equipment and other needs.

“You don’t get better in a few months,” Williams said of spinal cord injuries. “You don’t just get stitches and have surgery and you’re fine after a year, it’s a life-long process and it’s really a grind.”

The support system that Hahn has had through his recovery has helped him do things he never thought he could, and the goal for Project 34 is to be that extra support for others with similar injuries, he said.

“Those guys (Williams and teammates), they rallied around me and I rallied around them and I can tell you right now, that I wouldn’t be anywhere near where I am without that group of people,” Hahn said. “I wouldn’t have been able to go back to school. I probably wouldn’t be doing what I’m doing now. I owe a lot of credit to those guys, because every time I’m fighting, I know that I’m not fighting for just myself or for my personal being, but for everybody who’s there to support me.”

Williams and Hahn both have big aspirations for the future of Project 34. They hope to incorporate the foundation into all 30 Major League clubs, providing support systems across the country with a player from each club as a Project 34 “rep.” Hahn said he hopes to take the cause beyond MLB, as well.

“While getting all 30 (MLB) clubs may be a finish line, the idea of benefitting people with spinal cord injuries is not,” Hahn said. “That means we take it a step further and we go into the minor leagues or we go into different sports. However we can keep growing is important to us. The biggest thing is just building the relationships, so that around the country people know that if they need help, Project 34 is there to help them.”

Additionally, as the Project evolves, they are looking at combining their love of baseball with giving back in the form of hosting various events around the game.

Today, @MeLlamoTrevor invited Nolan and his family down to PNC Park to hang out and enjoy the game as part of his Project 34 initiative.

Project 34 officially launched their website on Friday. The best way to get involved right now is by buying a t-shirt and becoming more aware of spinal cord injuries by visiting their site, Hahn said.

“Learn about who’s affected by it and more importantly, learn about the devastation that can happen to a family, and how important it is that they need to have the right equipment, the right physical therapy,” Hahn said.

“The more that we can spread awareness about this, the better off we’re going to be and the more people we can help. At the end of the day, this injury is not going away any time soon, but we can certainly create a better life for many people and that’s our ultimate goal.”

Today, against the Diamondbacks at PNC Park, the Pirates will have a Project 34 Day with half of the earnings from the 50/50 raffle benefitting Project 34.

To learn more about Project 34 and get your Project 34 apparel, visit ProjectThirtyFour.com.