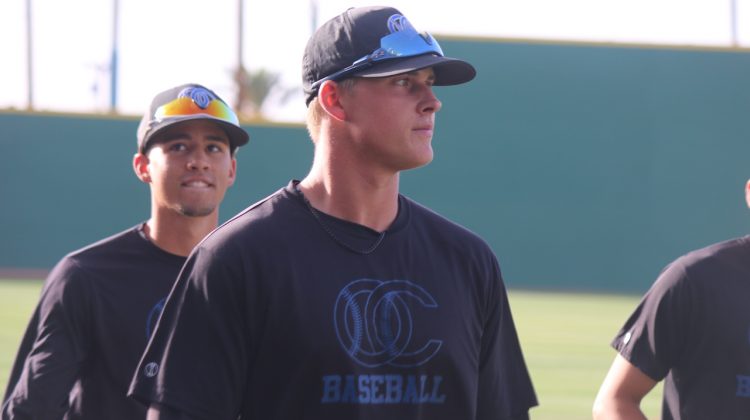 Add MLB first round selection to the list of accolades after the St. Louis Cardinals selected him with the 19th overall pick in the 2018 MLB Draft.

Gorman, who is a University of Arizona commit, was tabbed by many as one of the top power bats in the draft class and hit 32 home runs in three seasons, as well as the Under Armour All-American home run derby.

Gorman has some of the best raw power in the 2018 draft class–college or high school–and raised his stock significantly over the summer. Gorman won multiple home run derbies and showed that his power played against some of the top pitching prospects in the game at a few of the bigger showcases, displaying easy plus power against mid-90s velocity. He was the talk of the scouting community after putting on an offensive show during USA Baseball’s 18U National Team trials in late August against multiple college teams in Minnesota. Gorman was unanimously voted to BA’s Preseason High School All-America team at third base by major league scouting directors and had positioned himself to be one of the first hitters taken in the draft.

Gorman joins fellow first rounder and his best friend Matthew Liberatore as a top selection. The two played together with Team USA and have been close since they were five-years-old.