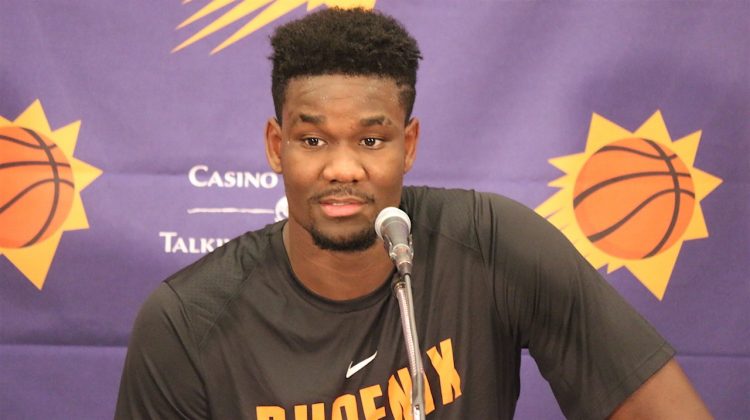 It’s getting close to decision time on Planet Orange. With the NBA draft just over a week away the Phoenix Suns had four of the potential first five picks in the draft in for workouts. Former college stars Mohamed Bamba (Texas), Jaren Jackson Jr. (Michigan State), Marvin Bagley III (Duke) and Deandre Ayton (Arizona) all worked out with Phoenix last week.

Stay tuned… We’ve got quite a day ahead of us tomorrow! pic.twitter.com/wjKPdREhtu

The standout was Ayton, who many believe makes the most sense to be the first pick.

But even before the lottery balls rolled in Phoenix’s favor back on May 15, ESPN’s Amin Elhassan saw Ayton as the perfect fit in Phoenix.

“Some people say that Phoenix needs a big and Ayton is a modern big,” Elhassan said to Sports360AZ.com’s Brad Cesmat in a recent phone interview. “Meaning he can finish around the basket, rebound well, but also stretch it out.”

Ayton earned Pac-12 Player of the Year honors while averaging 20.1 points, 11.6 rebounds and 1.9 blocks per game in his only season in Tucson. Standing at 7-foot-1 and weighing close to 250 pounds, he also knocked down 34.3% of his shots from three-point range.

“[He] can shoot threes, but also be a face the basket kind of player,” Elhassan explained to Cesmat. “Also being an elite athlete that helps, too.”

With guard Devin Booker a rising star and showing signs of promise moving forward, drafting a difference-maker big man like Ayton could help forward the rebuild process in Phoenix.

“So, I can see how that fits perfectly,” Elhasson said.

Ayton has shown excitement to be a Sun and even watched the NBA Finals with some of the current Suns players. The former Valley prep star said he would love to stay in Arizona.

All eyes will be on the Suns and Ayton during the NBA Draft, which takes place on June 21.