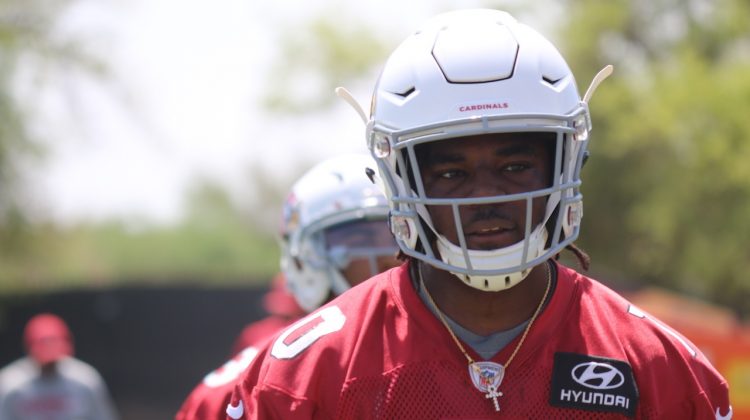 The Arizona Cardinals kicked off their final week of OTAs on Tuesday, and Steve Wilks had plenty to say after the team’s workout on Tuesday:

It’s hard to say who’s going to be that #2 but we’re still working and those guys understand and know, we talk about it all the time, the best 11 are going to play so we’re trying to create competition. We’re trying to get guys to compete and in which they are so I’m excited once again that we’re moving forward.

Christian Kirk is in that conversation and his versatility will be utilized by the Bird Gang.

We’re moving him around quite a bit so just shows his versatility and his ability to play in all positions. I know the thing was he’s just a slot guy, but he can play outside as well so I like what he’s doing right now.

Wilks spent some time doing warmups with third-year defensive tackle Robert Nkemdiche and the head coach said he is ready to grow into the premier defensive lineman he was projected to be coming out of Ole Miss.

I think right now, when you look at our defense, being gap integrity, I think Robert is taking the next step. He does a great job coming off the ball, penetrating and one thing we emphasize across the board, we always talk about this even when I was coaching (defensive backs), is about using our weapons and it starts with our eyes, our hands, hips and feet. He does a great job on every play really trying to master that. I’ve seen the improvement and am exciting about where he is, but once again, it’s early. Once we get the pads on and start preseason games, we’ll see exactly where he is.

Tight end and viral sensation Jermaine Gresham is coming back from injury, and Wilks said he is impressed with the tight end group as a whole as they transition into a new role.

OTAs wrap up on Thursday and training camp kicks off on July 28th.