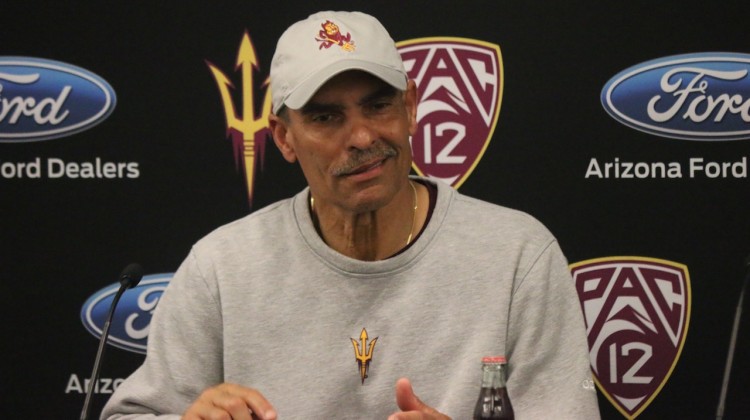 The 2019 Arizona State recruiting train is starting to pick up steam.

A week after picking up commitments from two decorated out-of-state quarterbacks, the Sun Devils picked up some protection up front in 6-foot-5, 290-pound Basha High School tackle Roman DeWys.

Never felt more at home than in in Tempe, which is why I’ve decided to stay home, follow my heart, and commit to Arizona State University! #Forksup #HometownHero pic.twitter.com/AhLD7qI6tu

DeWys has been a frequent visitor to ASU and believes the offer to his “dream school” was simply too good to pass up. He performed well at some of the Sun Devils’ recent camps and seemed to connect with assistant coaches Dave Christensen and Kevin Mawae.

ASU was his first offer and Herm Edwards’ first in-state commitment in his first full recruiting cycle in Tempe.