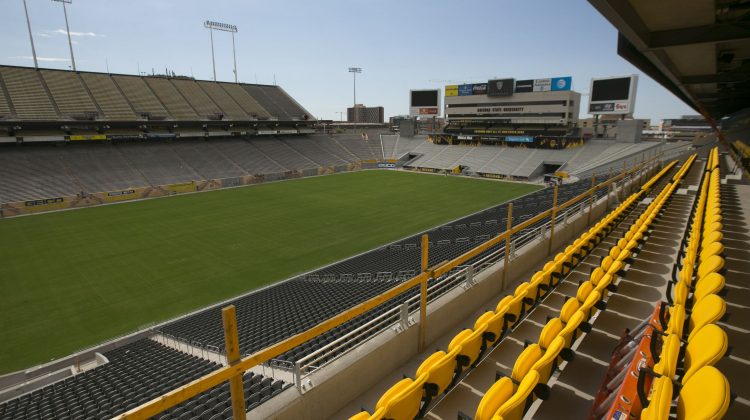 Monday morning it was announced by the AIA the football championship games will be returning to Sun Devil Stadium this winter. The games, likely the 5A and 6A contests, will be played on December 1st.

“We’re really excited to get back to ASU,” AIA Executive Director David Hines said in an email sent to the media. “The location and familiarity make this an ideal situation.”

ASU will determine if a third game (likely the 4A championship) will be added by the end of the summer, per the release.

Maricopa High School will continue to host the 1A (eight-man) title game on November 10th. Campo Verde will be the site for the 2A and 3A games on November 23rd.

State Championships will be played at

East Valley destinations Arcadia and Chaparral High will host the 2A semi-finals, while north Valley’s Shadow Mountain and North Canyon will handle the 3A semi-finals. All four schools feature pro-turf playing surfaces.