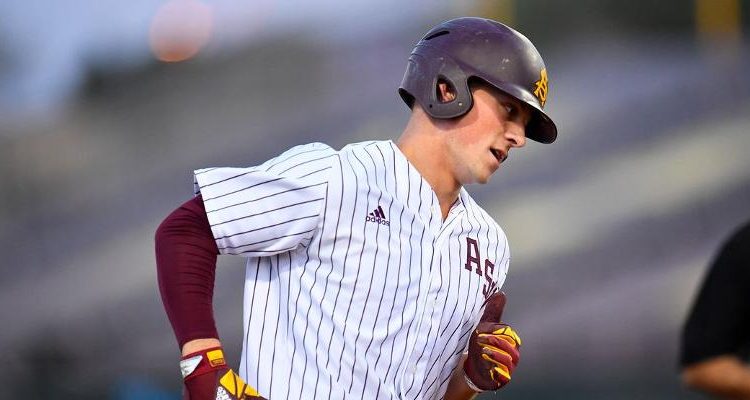 ASU baseball’s Spencer Torkelson had a freshman season to remember.

The first baseman led the NCAA with 25 home runs in 55 games in 2018, coming just one homer shy of the NCAA record, but setting the Pac-12 freshman record for home runs. The original season-best by a Pac-12 player was 21.

Torkelson had a .743 slugging percentage in his first season as a Sun Devil, the highest percentage for a freshman since the BBCOR era began in 2011. He had 59 runs, the third-best among freshman in ASU history. His 53 RBIs rank fifth and his 66 hits on the season are ninth in ASU freshman history.

He is the seventh player in ASU school history to be named an All-American as a freshman.

This summer, Torkelson is playing for the Chatham Anglers in the Cape Cod League. The freshman was also invited to play for the USA Baseball Collegiate National Team, becoming the 39th Sun Devil to be named to the team.

Team USA will play three international friendship series this summer. The first will take place June 28-July 2 in North Carolina against Chinese Taipei. Then the team will play Japan from July 3-9 and Cuba in Cuba from July 13-18.