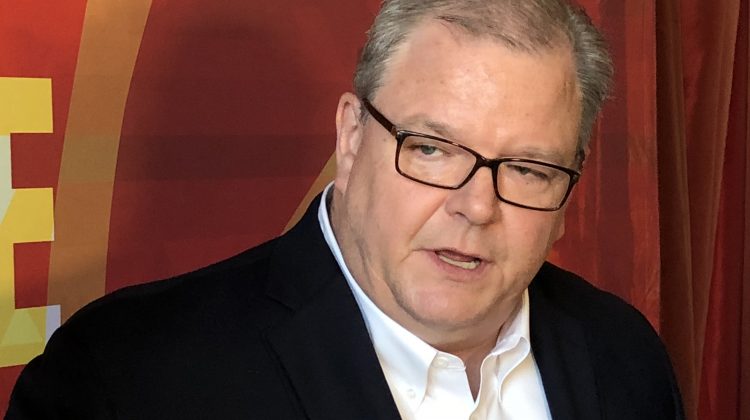 The first one was so nice they’re hoping to do it twice. With the success of the 2017 Men’s Final Four the Valley is hoping for a return visit which not only provides exciting basketball but hundreds of millions of dollars in economic impact.

NCAA officials held a press conference in downtown Phoenix Wednesday afternoon to discuss the chances of State Forty Eight hosting the mega event in 2024, 2025 or 2026.

#FinalFour 🏀🏀 could be coming back to the Valley. Site visit coming. Press conference underway shortly here in downtown Phoenix. PHX one of seven cities vying for Final Four. pic.twitter.com/FLgXSwgUab

“We had a great experience here in 2017,” Southland Conference commissioner and NCAA Men’s Basketball Committee Member Tom Burnett said before the assembled media. “Great airport. Close proximity to everything in the city. This is a big event community.”

The Valley is putting their best foot forward in hopes of wooing the event back. The 2017 event generated an estimated $324.5 million in statewide economic impact according to a study by ASU’s W.P. Carey School of Business.

“We always have new hotel rooms,” Phoenix Local Organizing Committee Co-Chair Debbie Johnson explained. “The most important thing for them to see if the lessons we learned and what we are incorporating. We’re very hopeful. We’ve heard from so many people who had a great experience.”

There have been rumors of the Final Four venues downsizing but don’t expect that anytime soon according to Johnson.

“This event will have a hard time leaving a large arena,”  he said. “The demand for tickets is so great. The Final Four is a big event. It has to be in a big venue.”

Here’s hoping University of Phoenix Stadium can house another mega event in the coming years.

No one will dispute the Valley of the Sun puts on a great show.

The Phoenix Local Organizing Committee will make a final presentation to the NCAA on July 11 in Boston with a decision coming shortly thereafter.