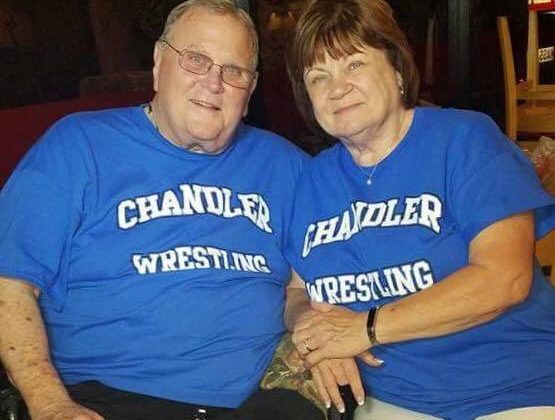 John Carlson was unable stay away.

It didn’t matter what was happening in his life, Carlson always found a way to show up and the motive was simple but widespread.

All he wanted to do – after his wrestling for Mesa and coaching Chandler to the 1989 and 1990 state title – was help, mentor and provide.

“John would give you the Hawaiian shirt off his back to anyone,” Mesa coach David DiDomenico said.

Carlson, 70, died Saturday from a heart attack after battling cancer, which saw him lose his left leg, but didn’t stop him from attending events, for months.

He became ill after attending the Chandler Rotary track meet in March and slowed his appearances over the last few months, but it didn’t stop him from trying.

“He called me an apologized because he couldn’t do our tournament at Mountain Pointe,” Desert Vista coach David Gonzales said. “He was beating himself up for it, but I kept telling him it was okay and to get better.

“It’s going to be tough and a sad sight when we have another tournament and John is not there. He has been so much to so many people. Arizona sports, not just wrestling, lost a great one.”

While his death will be felt, he was celebrated since the cancer diagnosis as there was several fundraising events held over the months where people from every decade since he graduated from Mesa back in 1965 came out to help the man who did so much for others.

There was a benefit held in Nello’s Pizza in August and the turnout took him, and even his wife Carol, by surprise. Just about everyone there wore a Chandler-blue T-shirt with his coaching mantra “I Can” could be seen on T-shirts or heard all throughout the benefit.

Former wrestlers and coaches all recalled the clipboard he carried to the matside. When a wrestler was in a tough situation and the possibility of doubt would settle in, Carlson, who is in at least five hall of fames, would flash his clipboard with those two words printed on it.

It is so simple and yet powerful at the same time.

Now, Arizona coaches, competitors, administrators alike ask how they can they honor Carlson, it can be done by following his simple two words with a bit of a variation but not one person can replace what he meant to Arizona high schools for five decades.

It’s exactly what he was mentoring all these years and why he couldn’t stay away.

“He gave so much to everyone,” Chandler wrestling coach Vidal Mejia said. “It will take everyone coming together to do what he did.”