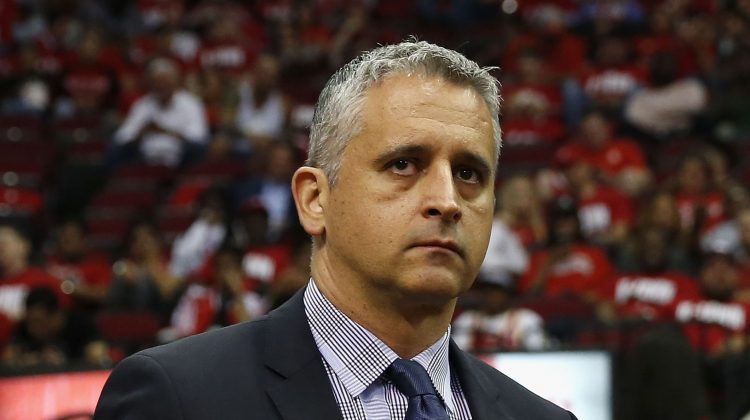 The Suns likely didn’t get their first choice as head coach. They won’t win the press conference with their hire. Their coach will probably still be in the bottom third of salary in the league and isn’t a household name outside of the small country of Slovenia. But guess what, it doesn’t matter. They may have just landed the right man for the job in Igor Kokoskov.

Kokoskov is a combination of what everyone hoped for from the Suns’ next coach. Like Dan Majerle he has a connection to the last great era in Suns basketball having been an assistant on two of the last three winning seasons in Suns history and having helped the 09-10 Suns make the Western Conference Finals. Not to mention he views Phoenix as his home away from home having become an American citizen during a ceremony on the court at US Airways Center and keeping a home in the Valley ever since.

The Utah Jazz assistant, like Mike Budenholzer, has experience winning with a group that wasn’t expected to and getting them to play as the true definition of a team. Sure, Bud did it with the Hawks in the NBA, but Kokoskov did it with a team that was a true underdog and won a Eurobasket title. As the head coach of the Slovenian national team, he took a country that had never finished higher than fourth in the European tournament and led them on a magical run defeating international basketball powerhouses. He did it with only one active NBA player, Goran Dragic, and accomplished it by getting his group to play a true team brand of basketball with a completely unselfish motion offense.

The new Suns head coach also checks the box of being well respected around the league like David Fizdale. I spoke with two players familiar with him who sung his praises and referred to him as an offensive mastermind. Within minutes of the news of his hiring players Goran Dragic and Jared Dudley had taken to Twitter to praise the move. Reporters like Marc Stein and Chris Mannix spoke highly of the move on social as well. It was the first time in a long time that it felt like the team’s front office was praised for its forward thinking rather than second guessed for it’s decisions.

And all of that is before you get to the biggest check mark on the list. Everyone agreed that whoever became the 19th coach in Suns history had to be someone who had shown a propensity for helping young players grow. Names like Jay Wright were thrown around as guys who could change the fortune of the fruits of the Suns tanking labors. And maybe they could have but Kokoskov has proven it on the professional level both in the NBA and overseas. Case in point: the aforementioned Dragic.

Kokoskov was the young Slovenian point guard’s mentor from his draft workout in Phoenix to his 23 point quarter against the Spurs in the playoffs and beyond. The former Suns guard credits their new head coach with helping develop his talent on the NBA level. Both Dragic and Kokoskov helped potential No. 1 pick Luca Doncic do the same during Eurobasket in 2017 as he went from intriguing prospect to star in a matter of weeks.

Sure, the Suns could have had a splashier hire. They also could have completely missed the mark — Jason Kidd — or repeated recent history — Jay Triano — but they didn’t. They learned from the past, conducted and exhaustive search with a wide range of names and landed on one that is somehow both experienced and yet not a retread. Known but still with an air of mystery and familiar to Phoenix but not a favorite former player.

The Suns have found something truly intriguing in Kokoskov who has coached in an Olympics, an NBA finals and an all-star game. Only time, and not opinions in the days and weeks after he’s hired, will tell just what kind of an impact, if any, he has on developing the next great Suns team.