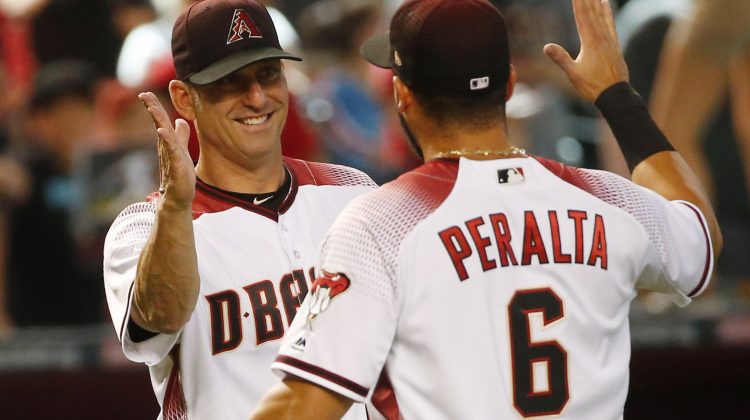 Outside of the walls of the clubhouse, few could have foreseen the Arizona Diamondbacks start to the 2018 season. Entering Tuesday’s game against the Dodgers, the D-backs sport the best record in the National League (20-8), despite dealing with a handful of key injuries both on the mound and at the plate.

Arizona is certainly battle-tested but this week’s home stand at Chase Field could further cement their current position as one of the top teams in all of baseball.

“This series against the Dodgers and this weekend against the Astros are not make-or-break series,” Diamondbacks Senior Advisor to the President & CEO Luis Gonzalez said to Sports360AZ.com’s Brad Cesmat Tuesday. “But it kind of shows where we’re at right now…just to kind of gauge where we’re at and what we need to do or what we don’t need to do.”

Reigning National League Manager of the Year Torey Lovullo continues to push the right buttons from the dugout and the team has jelled together through the first five weeks of the regular season.

“It all starts with the manager,” Gonzalez explained. “I think Torey Lovullo has done a fantastic job, along with the coaching staff. How they interact with these guys. The communication is above and beyond what you’d imagine.”

20 wins by the end of April. That’s only been done twice before in the National League. #GenerationDbacks pic.twitter.com/Bapy54WPAt

The D-backs’ play on the field has also been above and beyond what many could have imagined, winning their first nine series of 2018.

Lovullo’s “open book” philosophy with his players has paid dividends ever since his hiring in November of 2016.

“It goes to show the depth of the ball club right now,” Gonzalez said. “I think [General Manager] Mike Hazen and the rest of the front office have done a fantastic job of finding the right pieces to go out there and fit with the character and personality of this team.”

Said character and personality will continue to be tested in the coming days against the Dodgers and the defending World Series Champion Houston Astros.