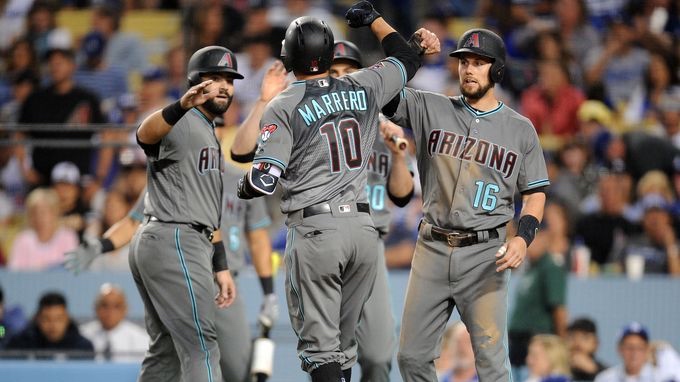 The Diamondbacks are 5/5 when it comes to series wins after taking the series on the road against the Dodgers.

Though the Diamondbacks could be without a key member of their rotation.

Taijaun Walker was coming off a very efficient six-inning start against the Cardinals where he only gave up three hits and one run. He only made it into the third inning before being removed with forearm tightness, a term feared by pitching coaches because of it can be a symptom to an which usually means Tommy John surgery.

Even though he was placed on the DL, @tai_walker does not believe he has a serious injury, like something that would necessitate Tommy John surgery. pic.twitter.com/m2jfMTKn8B

While Walker said he felt strong after the game and Lovullo wasn’t too concerned about the extent of the inury, the club wants to be cautious and has placed Walker on the 10-day disabled list.

Paul Goldschmidt had a slow start to the series, but thanks to a strong series against the Giants, where he collected five hits and two home runs, things seem to click for the D-backs first baseman. He continued that strong play in the Dodgers series hitting 5/13 with two home runs, four runs scored and three RBIs.

Speaking of Goldschmidt, he delivered one of the five home runs hit in Saturday’s game. Well, technically there were four home runs. Deven Marrero hit a ball out of the park but passed Alex Avila, who was a baserunner, and was deemed out. So technically, he had a single with two RBIs. A.J. Pollock also hit two runs as well as Avila hit home runs as well.

"First time I've seen something like that. Luckily it didn't impact the game. I felt terrible for Deven." — Torey Lovullo on Deven Marrero's HR that turned into a 1B because he passed teammate Alex Avila on the base path. pic.twitter.com/5jrmj5PljH

The Diamondbacks have an off-day on Monday before hosting the San Francisco Giants in a Tuesday-Thursday series. Patrick Corbin, Robbie Ray and Zack Greinke are scheduled to start for the Diamondbacks.