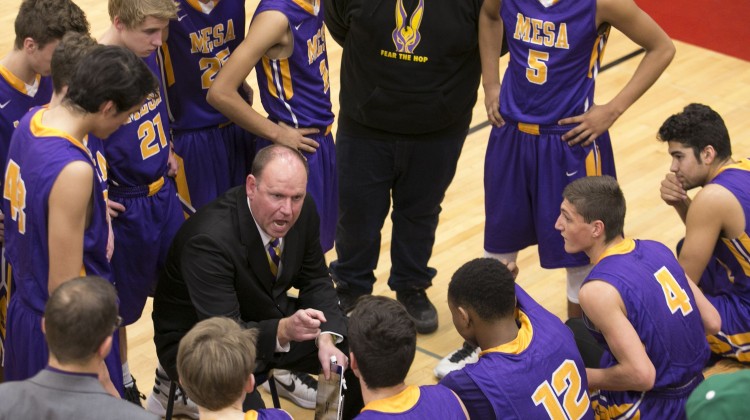 Mesa basketball coach Shane Burcar announced Thursday he will be accepting a position with Northern Arizona University as an assistant coach.

Burcar led the Jackrabbits to a 2016 state champion and holds a 237-103 record in 12 seasons. He was a six-time region coach of the year.

Burcar will help head coach Jack Murphy, who is coming off a 5-27 season last year, help put an emphasis on in-state recruiting.

“What Coach Burcar has done at Mesa High School is truly remarkable.  He has carried on the tradition and legacy and has our program contending for a championship year in and year out,” Mesa athletic director Dave Huffine said in a release.

“I cannot thank him enough for the tireless effort he and his family have put into making Mesa a powerhouse in basketball.  It is in excellent shape for the long foreseeable future.  I know he wrestled with the decision because of his love for this school and program. However, the opportunity to coach at the highest level of collegiate basketball does not come around too often.  I, along with the Mesa community, wish Coach Burcar the absolute best.  We will immediately start the search for a new head basketball coach.”