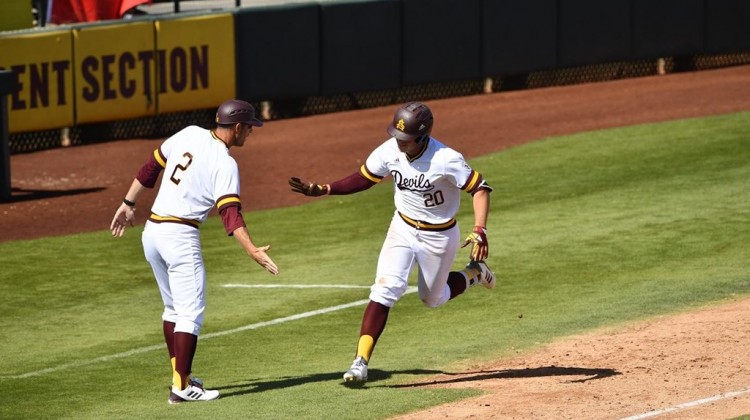 Here on Sports360AZ.com, Pac-12 at the Plate is the place to keep up with how ASU and Arizona baseball are stacking up in the conference. This week ASU hosts North Carolina-Wilmington, while Arizona hosts North Dakota State. Here’s what you need to know ahead of the action:

ASU had a solid weekend against Oklahoma State, taking two of three against the Cowboys. The Sun Devils lost 3-2 in 10 innings on Sunday in pursuit of a series sweep.

“I can’t sit here and have a complaint,” head coach Tracy Smith said after the loss on Sunday. “I thought we played really good baseball all weekend…We play that way over the rest of this year, we’re going to win a lot of baseball games.”

Freshman infielder Spencer Torkelson was named Pac-12 Player of the Week this week. Torkelson is second in the nation in home runs with eight already this season. The freshman has four more homers than any freshman in the country. He is only three shy from Sun Devil legend Barry Bond’s home run record.

“Enjoy this one,” Smith said after Torkelson hit his seventh home run on Sunday against Oklahoma State. “He’s one of those rare hitters that don’t come around very often. Sun Devil fans are lucky to see this guy for the next few years.”

The @spennyt19 swing is a thing of beauty.

He trails @barrybonds’ ASU freshman HR record by just 3 with about 40 games left to play. 😱😱😱 pic.twitter.com/NB3e6kfG3D

Junior outfielder Gage Canning is tied for fourth in batting average in the country at .500. Canning went 3-5 on Saturday in the 14-2 win against Oklahoma State, and had a double, two triples, two runs scored and four RBIs. The junior leads the nation in triples with six.

Freshman infielder Gage Workman is tied for third in the nation in triples with three. Sophomore catcher and first baseman Lyle Lin is also in the top 50 in batting average with a .442. Lin has gone 23-52 in 13 games.

On Tuesday, ASU traveled to Malibu to take on Pepperdine in mid-week matchup. Freshman outfielder Trevor Hauver went 3 for 3 in the 10-7 win.

This weekend ASU will take on North Carolina-Wilmington at Phoenix Muni.

What To Watch: The Sun Devils are starting to get their starting rotation in order, but around the diamond there is still some competition for starting spots. At third base, Workman and sophomore Carter Aldrete are competing for starting roles. Smith has been impressed with Workman in the hot corner, but both have big bats that benefit the lineup.

The Wildcats were in Minnesota last weekend for the Big-10/Pac-12 Challenge. Arizona went 0-3 with one-run losses against Minnesota, Illinois and Michigan State.

Since the start of the season, the Wildcats have only played one regular series, which was Opening Weekend where they swept Bryant University. The past couple of weekends the Cats have been playing a different team every day, which can be tough to get settled into early on.

This weekend Arizona will get back into routine when they play North Dakota State at Hi Corbett.

On Tuesday, the Cats bounced back with a 13-4 win against San Diego State at home. First baseman Alfonso Rivas went 3 for 5 with four RBIs and two runs scored. Third baseman Nick Quintana and catcher Cesar Salazar had three hit nights in the big win as well.

What To Watch: Arizona’s starting pitching has done well so far this season, but it will be crucial for the offensive productivity to carry on from Tuesday’s win for the Cats to get back on track.

NEWS: Oregon State junior standout Nick Madrigal broke his left wrist sliding into home on Feb. 23 against Ohio State. He has been out since then and will likely miss the next five weeks. Madrigal could miss OSU’s series against Arizona April 6-8. The Beavers are 13-0 and still sit at No. 2 in the NCAA rankings. 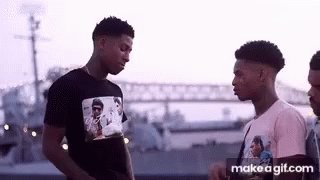