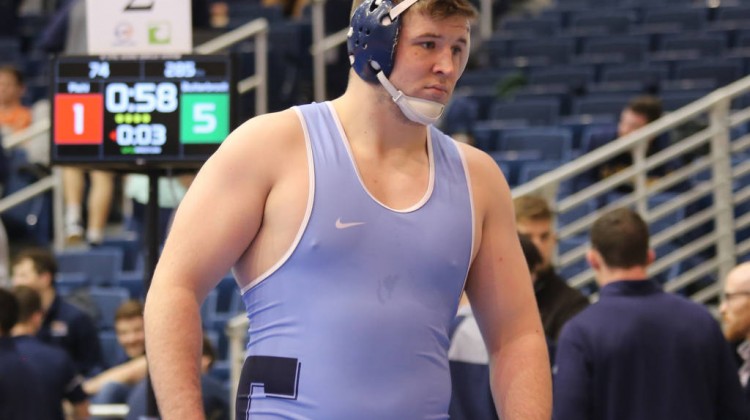 CLEVELAND – Garrett Ryan is at his most serene in front of a pottery wheel; letting his fingers do the work while creating whatever come to mind.

It started as a hobby while at Horizon, but quickly became a passion in the years that followed.

Sitting there, with the hum of the wheel in ears and the clay between his fingers, for any length of time also serves as a nice outlet.

He can relieve the stress that comes with being a Division I wrestler while dealing with the rigors of the classwork that comes with attending an Ivy League program like Columbia.

“It’s definitely relaxing and lets me unwind,” said Ryan, who is the lone Arizona prep product to qualify for NCAA nationals this season. “It doesn’t really matter what is going on, if I am stressed or need a break from everything, I can go to the studio and put it aside for that time I am there.

“But once I start a piece I am obsessed until the finished product turns out the way I want it.”

And there it is.

That obsession part of it gives a glimpse as to how Ryan has become the rare four-time national qualifier for the NCAA tournament from Arizona.

Ryan, who left Horizon after junior year for Wyoming Seminary in Pennsylvania, has been able to mold a terrific career for the Lions as he enters the weekend with a career record of 102-39.

He was an Eastern Intercollegiate Wrestling Association champion as a junior, along with being a NWCA All-Academic team member, and an Academic All-Ivy League selection.

One of the few holes on the resume is his 2-6 record in the NCAA tournament. Ryan will attempt to improve on it in Thursday’s first-round when he faces Arizona State All-American Tanner Hall, who is seeded eighth with a 20-6 record.

The two trained a little bit together in the offseason before Ryan’s sophomore year and faced each other in 2016 with Hall coming away with a 4-0 win at Midlands. Both wrestlers have evolved since then, so history may not play apart.

“We know each other a little bit, but it doesn’t matter sometimes,” Hall said. “It wasn’t last week or this year. Everyone changes over time.”

The one edge that Ryan might have is that fact that he is a senior, hungry to have his career end in the top eight for All-American status, while Hall may not that specific sense of urgency as junior and having already been an All-American after finishing third last season.

“I am feeling really good; it’s the healthiest I’ve ever been at this time of year,” said Ryan, who will train for the University Nationals after his graduates with Sunkist. “I am strong and ready to go. Everything is on the line. I’ve nothing left to lose.

“I’ve been going through the checklist – last time in the training room, last practice in our room. After this weekend, I am not part of the team anymore. It’s really brings everything into focus.”

Two former Arizona St. wrestlers are part of the festivities this weekend.

Two-time national champion Dan St. John, an Ohio native, is one of the award presenters during the finals, while Curley Culp, an NFL Hall of Famer and 1967 national champion, took part in the “Wrestling and Football” exhibit at the NCAA Wrestling Fan Fest in the Huntington Convention Center of Cleveland.

On the 30th anniversary of the Arizona State wrestling program’s only national title, it is somewhat fitting that the Sun Devils are in Cleveland for the national championships this week.

The 1988 team had a strong Ohio contingent and started a string of recruits from the Buckeye State in the years to follow.

It started with head coach Bobby Douglas, who was from Bellaire and was a state champion at Bridgeport High.

He knew the quality of wrestling in his home state surpassed any state on the West Coast, so he went to work bringing in Ohio wrestlers to the ASU program.

The 1998 team was led by captain Mike Davies, a state champion from Chardon, as he was a two-time All-American and finished as a runner-up in 1988.

Dan St. John, who never won state for St. Joseph, finished third in 1988 and went on to be a two-time national champion.

The national title and Ohio influence led to more Buckeyes coming to Tempe in the years to follow.

Douglas left Arizona State for Iowa State after the 1991 season and the recruiting pipeline from Ohio to Tempe ended soon thereafter, as did the best stretch in Arizona State history.

The Sun Devils finished as national runners-up in 1989 and 1990 and haven’t finished higher than fourth in the 27 years that followed.

Arizona St. coach Zeke Jones is from Flint, Mich., so he will have a strong family contingent making the trip to Cleveland as he pilots the Sun Devils toward national prominence.

“They’ve always been big supporters so they will be here,” said Jones, who has several much older siblings. “My Dad loves it. He traveled with me all over the world when I was competing. They will be here in full force.”