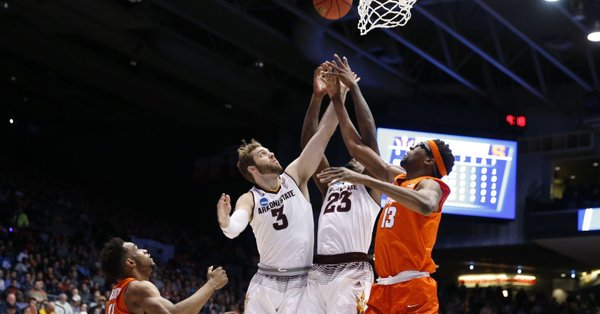 The Sun Devils had a seven point second-half  lead over Syracuse in the First Four game Wednesday night in Dayton. It wouldn’t be enough for a myriad of reasons. Poor shooting, turnovers, questionable decision-making and the continued problems from the foul stripe. 60-56 would be the final score, with the Orange advancing and the Sun Devils packing up their jerseys far sooner than anyone supporting the program would’ve wanted.

Stepping back from the bitter loss on Wednesday night, I’d say it was a good season for a basketball program that has been underwhelming for many, many years. The accomplishments over the last 12 months are part of the growing pains to repair years and years of neglect and apathy. The program is in much better shape today than when head coach Bobby Hurley first took over. The schedule, attendance, recruiting, buzz, excitement, organization, are all trending upwards.

Tonight it stings for those who are fans of  the program. For those of us who have seen Arizona State basketball for the last 25 years, the season was a couple of steps in the right direction, even though the last two months on the court weren’t close to being a thing of beauty…