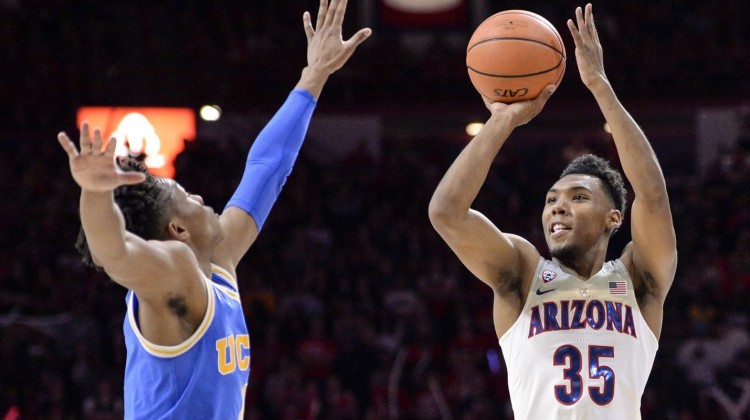 The Arizona Wildcats will be without one of their top players after news broke Thursday afternoon the NCAA has ruled Allonzo Trier ineligible.

Arizona Athletics released the following statement to the media regarding the suspension of the 6-foot-5 junior.

“Earlier today, the University of Arizona was notified that the NCAA has declared Allonzo Trier ineligible. In late January 2018, Allonzo participated in an NCAA student-athlete drug screening. The results of that test, confirmed today, revealed the reappearance of a trace amount of a banned substance. The amount detected was miniscule by scientific standards and appears to be a remnant of a substance, which the NCAA agreed, Allonzo had unknowingly ingested in 2016. The University is appealing the decision and is hopeful that Allonzo will regain his eligibility soon.”

Arizona guard Allonzo Trier has been suspended a second time for a PED violation.

He is the Pac-12’s second-leading scorer (19.6 PPG) behind teammate Deandre Ayton. pic.twitter.com/lePzd4C24G

Trier was suspended for the first 19 games of last season over a positive PED test during a random drug test conducted by the NCAA.

The Wildcats, who lead the Pac-12 at 21-6 (11-3 in conference play) take on Oregon State in Corvallis Thursday before traveling to Eugene to face the Ducks on Saturday night.