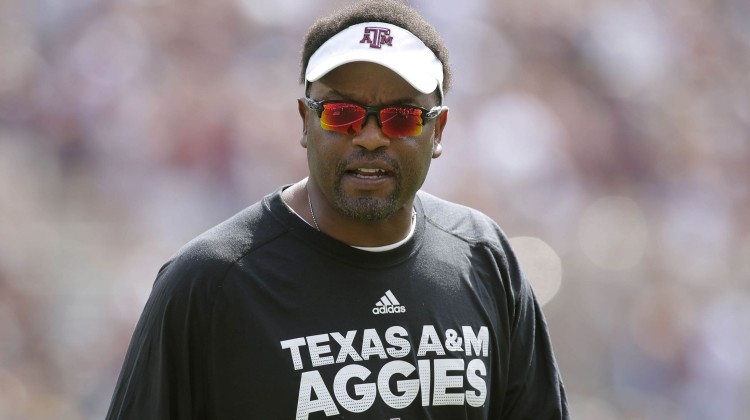 Who cares if Kevin Sumlin interviewed for the WR coach of the Raiders before accepting the Arizona Wildcats head coaching job? Does it matter that the Arizona administration flirted with Navy head coach Ken Niumatalolo before landing Sumlin?
Did the time spent waiting for the white smoke to come out of the Arizona football offices impact recruiting for the 2018 class?

All of the above are fair questions to ask, but today the Arizona football program is in better shape than it was a week ago. Kevin Sumlin brings immediate attention to a football program that was reeling from the Rich Rodriguez firing and reported scandal. Yes, Sumlin wasn’t the slam dunk candidate for the job. Whether the Wildcats offered Niumatalolo the job first will never truly be known unless Dave Heeke is willing to fess up(coaching searches are always filled with twists and turns).

Having Kevin Sumlin and quarterback Khalil Tate together, will make Arizona football a national brand to watch for the 2018 season. Sumlin has already shown the ability to recruit Arizona high school players including future first round pick Christian Kirk.
There should be plenty of dollars floating around Tucson to help build much-needed facilities, now that Sumlin is in the fold.

This hire had to be about driving revenue and interest in football. Rich Rodriguez took the Wildcats to a Fiesta Bowl, but couldn’t keep the momentum moving forward. Winning consistently in Tucson isn’t easy(just look at the record the last ten years). This feels like a good hire, I just wonder how long a coach like Sumlin will want to stay in Tucson before having wandering eyes on bigger jobs in and out of college football.