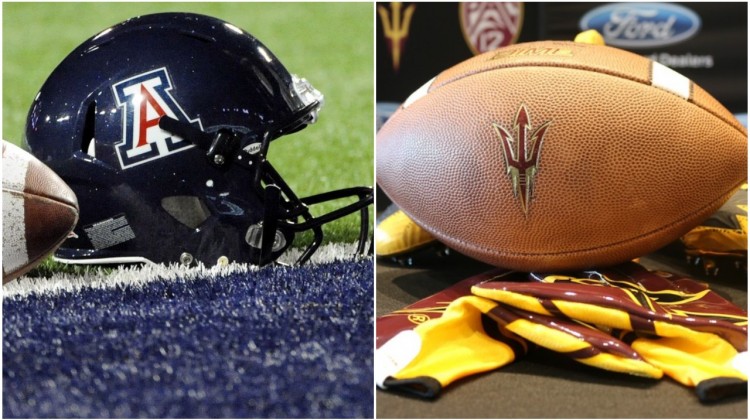 I’m not reinventing the wheel when I say recruiting is the lifeblood of a college program. And the coaching decisions by Arizona and Arizona State this offseason means it could be a knockdown, drag-out battle for some of the top recruits in the state. No matter the coaching staff, they have said it’s a priority to keep the top players in Arizona in the state. Some elite players have stayed, notable players have gone elsewhere, but both schools are making some heavyweight decisions to beef up their respective recruiting efforts.

If these reports are true, the Wildcats added some coaches that could help make Tucson a destination for recuits.

Sumlin earned commitments from wide receiver Christian Kirk and quarterback Kyle Allen while with the Aggies, and was cosistently a finalist for other elite Arizona prospects. Mazzone is familiar and successful recruiting the state with Arizona State, UCLA and Texas A&M. Much of Yates’ allure when he was hired with the Wildcats was his strong recruiting background. It’s safe to say he’s been able to back that up.

Arizona State has upped its recruiting efforts, especially in-state as well after the Devils promoted Donnie Yantis to recruiting coordinator, and the coaching staff canvassed the Valley earlier this week visiting high schools.

It’s a great morning to be a Sun Devil! Our 11 coaches hitting the road in Arizona today to visit w some of the best high school coaches in the country! #ForksUp pic.twitter.com/NT5XTZendV

Both of these coaching staffs will hope to use their experience and success recruiting the state to add to the 2018 class, but creating those relationships for future classes is crucial as well. The 2019 and 2020 Arizona recruiting classes will feature some of the top recruits to ever come out of the state.

Time to get to work.