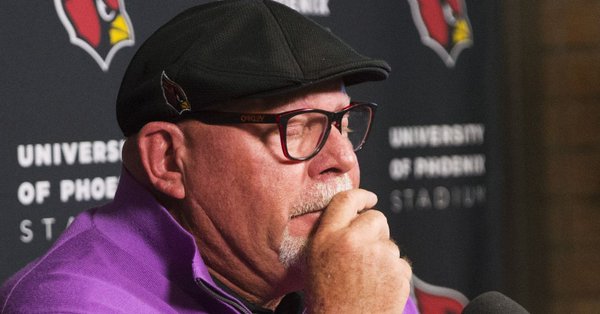 After 42 years in the coaching profession Bruce Arians decided it was time, officially retiring Monday morning in a tearful, heartfelt press conference at the Arizona Cardinals’ Tempe headquarters.

The Cards’ all-time winningest coach cited family reasons as the main factor in his decision. The 65-year-old Arians, whose first full-time head coaching job was in Arizona, said he told the team after Sunday’s win in Seattle against the NFC West foe Seahawks.

Arians frequently cited his hard-working staff, as well as team President Michael Bidwill, as well as General Manager Steve Keim, who he developed a close relationship when both were hired to their positions five years ago.

The well-liked, brutally honest coach won the respect of players throughout his coaching career which started as a graduate assistant at his alma mater Virginia Tech back in 1975.

He said he plans to continue to live in the Valley and continue his Arians Foundation which assists children in need as a result of abuse or neglect from their families.