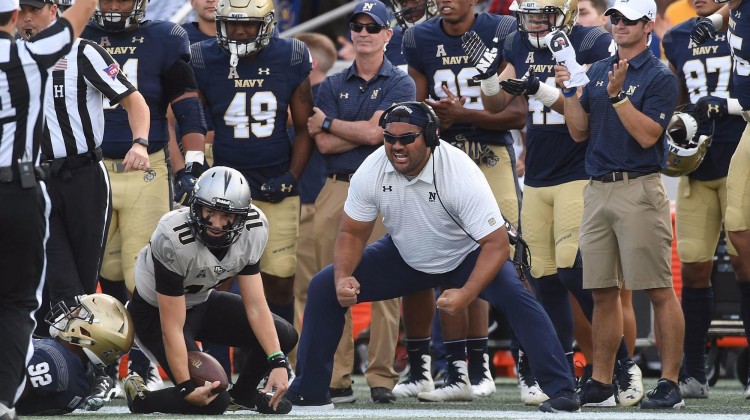 Arizona State Sun Devil Football has welcomed another new-hire, Coach Shaun Nua as ASU’s defensive line coach in what has been a smooth transition.

Nua coached the defensive line for six seasons with the Naval Academy and his career in college football started in Arizona at Eastern Arizona College.

Soon after being selected in the seventh round of the NFL Draft by the Pittsburgh Steelers, he earned a Super Bowl ring as a rookie in 2006.

“Just after picking his brain and talking about football I took a great liking to him,” Gonzales said to Sports360AZ.com. “From then on I knew if I ever had a chance to hire in his position he’d be the first guy I’d call.”

While Nua has family living in Arizona which also helped him make the decision for the job, leaving his fellow coaches over 2,200 miles away wasn’t easy.

Head Coach Ken Niumatalolo and Nua were very close and it was Niumatalolo who was the first to give him his first full-time job in the coaching business.

“The thing about Shaun is that everybody loves Shaun,” Niumatalolo said to Sports360AZ.com. “He’s got a big heart, he’s a very passionate coach and person, and it shows the way he coaches. He builds great relationships with his players.”

Nua has stuck by Niumatalolo and passed on previous offers. For a short time, Nua accepted an offer to move to Virginia when Niumatalolo was a candidate to replace Coach Mendenhall at BYU in 2015 up until he decided to remain at Navy.

“It’s been pretty much every year I’ve had to ward off people trying to hire him, this one was just too hard,” Niumatalolo said.

ASU has a coaching principle, “You coach effort.” Gonzales recognizes that in Nua and sought to make his coaching qualities an asset to the Sun Devil football program.

“I watched how hard his kids played,” Gonzales said. “You can see from the film and his guys always ran to the football. They actually perform what he coaches them to do.”

Now that Nua is wearing maroon and gold, he is already heavy into recruiting season. He has spent the last week in Hawaii and Northern California making home visits. As far as recruiting goes, Gonzales said, “he’s deep in the trenches.”