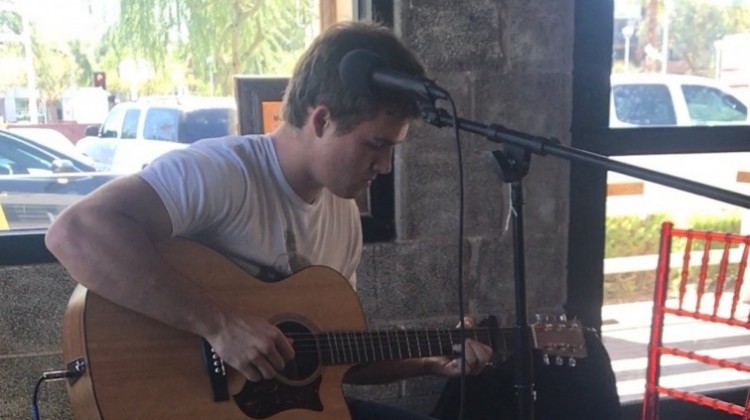 Max Massingale is this weeks Valle Luna “Making a Difference” Athlete of the Week. Max is a senior at Saguaro high school in Scottsdale. He was the quarterback on this years 4A State State Title Team.

Max has a passion for challenge and a competitive spirit. As a football player, he’s been blessed to have had the opportunity to play at Saguaro and be a part of their legacy of success.  He has committed to the United States Air Force Academy to pursue his interest in flying and continuing to play football.

He has diverse interests away from football as well.  The art of music has always been attractive to him. Two years ago he became interested in playing guitar and singing.  He began teaching himself to play and has built up a repertoire of over 40 songs he can play and sing.  This has led to him having opportunities to participate in school music programs at Saguaro, performing along with his classmates in their annual Coffee House talent show. He plays electric guitar at pep rallies and along with what he’s done at school he also has played several times as a performer at SIP in Scottsdale.  In addition to music, Max loves to spend time snow skiing and has also has a love for the ocean. He enjoys surfing and will spend countless hours during summer vacation with his brother and sister in the ocean.

Max Massingale, our Valle Luna “Making a Difference” Athlete of the week. If you know of someone who’s doing cool things on and off the field, let us know. Email us at [email protected]