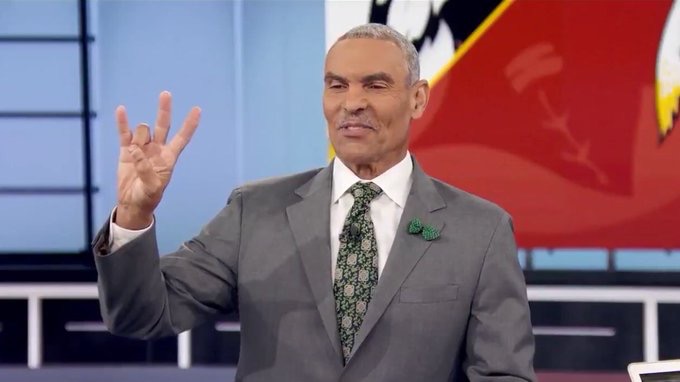 Assuming the ink hits the contract, I love the Herm Edwards hire by Arizona State football. I am stunned at the lack of belief in Ray Anderson and the majority of those that seem to be carrying torches and pitchforks over the imminent hire. It seems as though there’s two words that the naysayers can’t get off of.

Any coaching move is a risk! The reason Arizona State football hasn’t done very much since Jake Plummer, Juan Roque, Keith Poole, Pat Tillman, Kyle Murphy, Kyle Caldwell, etc, etc, etc is because of the “what if” mentality. When you’re happy going to El Paso, Las Vegas, or Chase Field every few years for a bowl game, you might want to  try to aim just a little bit higher. Ray has seen enough and wants to finally be the guy that makes it happen. Steve Patterson tried to do the same thing, as did Gene Smith and Kevin White.

My inbox is full of this kind of nonsense, “What if Herm Edwards can’t recruit, he doesn’t know the rules” or “What if the game has passed him by because he hasn’t been on the field, he’s in his 60’s ya know.”  These types of responses crack me up!! The people who live in the world of “what if”, will never takes chances and just be stuck in the world of “never tried”.  Since Arizona State hasn’t sniffed a Rose Bowl since Jake and boys, what makes you think that anything that’s been done over the last twenty years is the recipe for success?

Ray Anderson gets laughed and scoffed at because he believes Sun Devil football should be a top 15 program? Don’t you WANT your leader to strive for that standing? In this weeks AP college football poll TCU, USC, UCF, Washington, Stanford and Notre Dame are ranked 10-15. You seriously don’t believe that your program can compete with those schools in football year in and year out with the right ingredients? Ray didn’t say top 5. No, Arizona State isn’t with Clemson, Oklahoma, Ohio State, Alabama. Can they be?

Ray hires a former client from his agent days without talking to anybody else(as far as you know). This leads to a bad move on his part? Coaching searches are never as easy and clean as they seem. I don’t care if Ray didn’t bring in several names. Last time ASU went through this exercise June Jones was supposed to be the guy and it fell apart in about an hour and a half(Tennessee-esque).

Going about hiring a coach is not brain surgery(except maybe at Tennessee) Ray didn’t hire a search firm(waste of money), ESPNS Adam Schefter tweeted something about Edwards and  Arizona State football(more impact off that tweet than anything in recent memory), Herm did a pitchfork on camera, and now there’s plenty of time for you to roll your eyes, say you’ll cancel your season tickets(most of those who say that will likely renew by the end of spring football). What if? What if? What if?

The definition of insanity is doing the same thing over and over and over. Top to bottom, ASU has been hitting their heads against the collective wall for 20 years. I’m tired of hearing the excuses and seeing a program mired in mediocrity. It’s about time someone came along and shook the whole thing up. If it works Ray stays, if it doesn’t he’s going to get fired. Pretty simple.

There is no “what if” on my side of the street. I love this move…