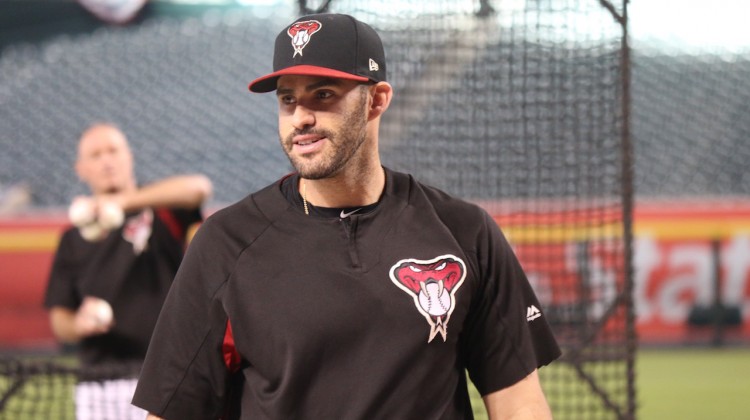 For fans of the Arizona Diamondbacks hoping Santa brings a re-signed J.D. Martinez back to the Valley this holiday season, don’t hold your breath according to one trusted baseball insider.

“Between one and two percent and that may be a little high,” ESPN’s Pedro Gomez said to Sports360AZ.com’s Brad Cesmat about the D-backs’ chances of inking the slugging outfielder. “The reality is if your payroll is going to be around $115 million and you’ve got $48.5 [million] of it eaten up by two players, there’s just not room to add a J.D. Martinez. There’s just no way.”

Gomez said an even bigger issue with Arizona’s payroll is pitcher Zack Greinke’s steep contract which still has four years left. His number sits between $34-35 million per season moving forward.

Gomez says it’s not as simple as just finding a trade partner for the 17-win Greinke who was solid, yet not spectacular in 2017.

“Even if you tried to trade Zack Greinke, you would have to still be paying between $15-20 million of that and that’s dead money.”

Further strapping the D-backs’ financial issues is Yasmany Tomas’ deal which escalates over the coming years. His trade value is extremely low coming off an injury-riddled season.

“You can never tie up one-third of your money in one player,” Gomez explained. “It just leaves you no flexibility and that’s where the Diamondbacks are right now. They just don’t have the flexibility to go out and do something really creative. That’s a byproduct of these two contracts (Greinke, Tomas) basically.”

Marquee free agent JD Martinez is scheduled to come to winter meetings to meet with at least one team, if not multiple teams, beginning tonight

In 62 games with the D-backs, after coming over in a trade from Detroit, Martinez hit .302 with 29 home runs and 65 runs batted in as Arizona made the post-season for the first time in six years.