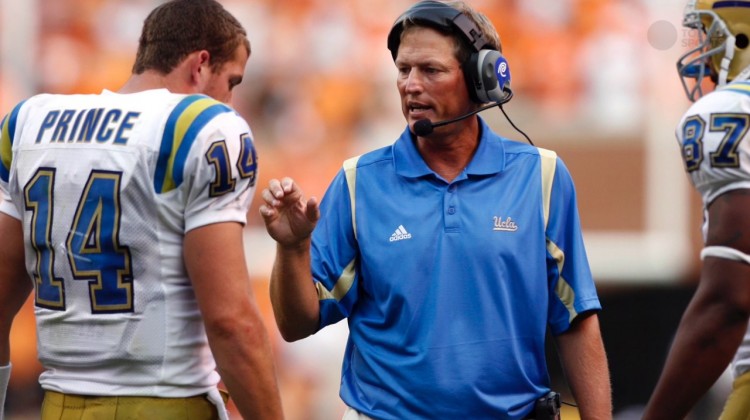 Rick Neuheisel has been sitting on the set at CBS Sports on Saturdays the last two years, but does he have the itch to coach again?

It certainly appears he does and could be eyeing one Power 5 vacancy.

“ASU is not a diamond in the rough, it’s a diamond,” Neuheisel said to Sports360AZ.com’s Brad Cesmat Monday morning.

He admitted he has an interest in the vacant head coaching position in Tempe and he’s moving back to Scottsdale next month following his CBS broadcast of Army-Navy.

Below is the clip.

Neuheisel also weighed in on some of the names that are being mentioned for the job (Kevin Sumlin, Derek Mason, etc).

The 56-year-old Tempe McClintock High School alum has been a head coach at Colorado, Washington and UCLA. The Valley native won a Pac-10 Championship with the Huskies in 2000.

“I would definitely be interested in that job,” Neuheisel said of ASU. “Nothing would fire me more up than to come back and coach for Sparky.”