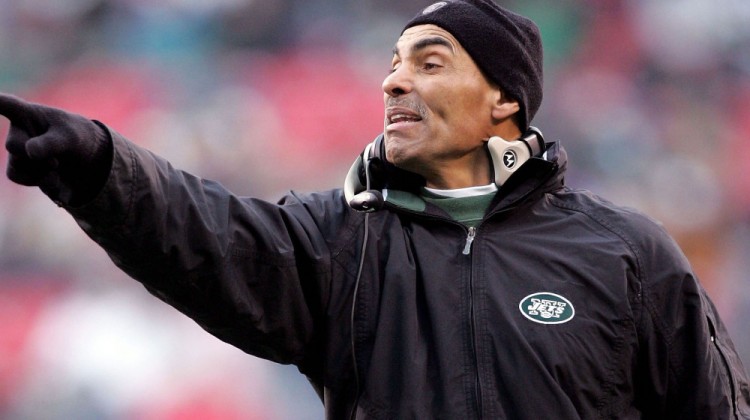 It appears Arizona State Vice President for University Athletics Ray Anderson is close to hiring ESPN NFL analyst and close friend Herm Edwards to be the Sun Devils next head football coach according to a story posted late Wednesday afternoon by SunDevilSource.com.

According to SunDevilSource.com Publisher Chris Karpman, Edwards could be officially named Todd Graham’s predecessor as quickly as early next week once Edwards sits down with University President Michael Crow in the coming days.

Per the report, Crow is scheduled to return from a trip to China this weekend. He is currently overseas attending a Global Education Summit in Beijing.

The 63-year-old Edwards first surfaced as a potential candidate earlier this week. He last coached nearly a decade ago, going 2-14 with the Kansas City Chiefs before transitioning from coach to analyst. His overall coaching record is 57-77 in stints with the Chiefs and Philadelphia Eagles. Edwards last coached in college as an assistant at San Jose State from 1987-89.

During his press conference Sunday afternoon to announce the firing of Graham, Anderson expressed his numerous concerns, particularly where he felt the program flat-lined the past three seasons going 18-19 and underperforming in a “riddled” Pac-12 South division in 2017.

— Anderson very much wants to keep Billy Napier. Other assistants could be retained as well.

He also was hoping the new hire would be open to keeping rising young offensive coordinator Billy Napier and some key members of Graham’s staff, including defensive coordinator Phil Bennett who helped greatly improve the back half of ASU’s defense this past season.

ASU is preparing for their upcoming bowl destination which is scheduled to be announced this weekend. They return to the practice field on Friday in Tempe.