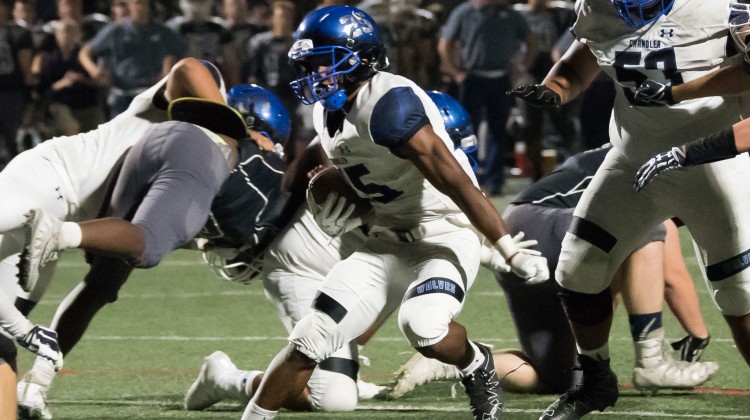 Is anyone going to touch Chandler?

That’s the buzz out in the SE Valley. The Wolves got beat up in their loss to IMG and finished with two L’s during the regular season. No shame in losing games against good competition. Chandler turned up the heat on both Perry and Hamilton the last two weeks of the regular season and now look like they’re ready to cruise to the title game.

All that stands between Chandler and the semi-finals is Spencer Rattler and Pinnacle this Friday.
Rattler is one of the top playmakers in the state, who took the Pioneers into overtime with the Wolves back in September.
Chandler fans like to point out that their team was beat up from the IMG game the week that they played on the Pinnacle home field(35-28 OT win for Chandler). It’s very hard to beat the same team twice in a season. Chandler has been putting up Arena Football League numbers over the last five weeks.

On the other side of the 6A bracket, The upstart Highland Hawks against Mountain Pointe and a rematch of Perry and Hamilton in round 2. Hard to pick against Pride to come out of this group of 4. All four games in 6A this week have an intriguing story line.