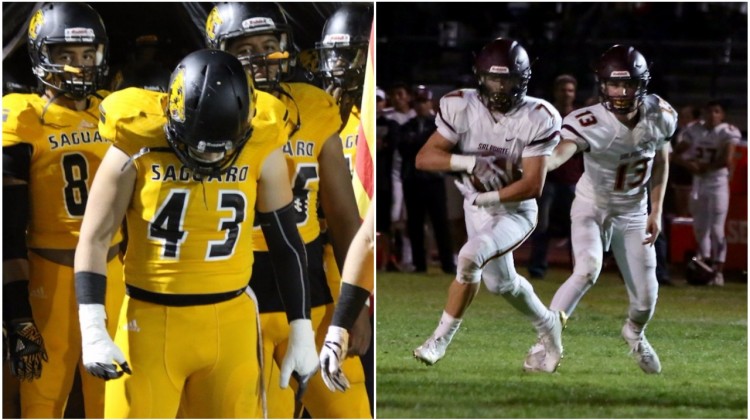 The 4A state title should be a good one as the #2 Saguaro Sabercats look for their fifth straight state title, but the #4 Salpointe Catholic Lancers are looking to win their first state championship since 2013.

The Sabercats have won 10 straight games after back-to-back losses against top out-of-state programs Nevada Liberty (lost in state semi-finals) and Utah East (state runner-up). Saguaro outlasted Higley in the state semi-finals and have plenty of big game experience, and every player in that program has never experienced a season with the ‘Cats where they weren’t state champs.

Salpointe Catholic has been one of the most consistent programs in the state under Dennis Bene. Running behind a top offensive line, Bijan Robinson and Mario Padilla have combined for over 2,600 rushing yards and 29 touchdowns. Defensively, Chris Aguirre is the man in the middle with over 130 total tackles. The Lancers are giving up just over ten points a game.

The Sabercats and Lancers kick off at 12:07 at Arizona Stadium in Tucson on Saturday.